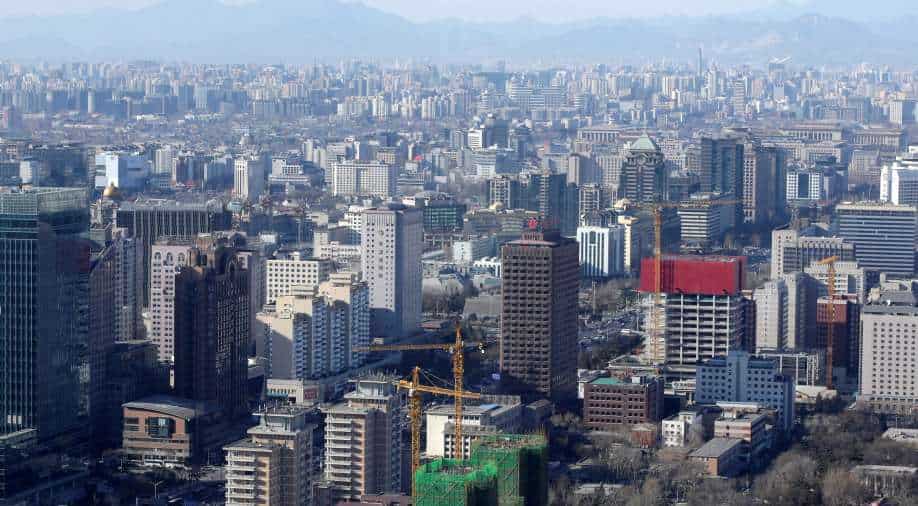 The world's second-largest economy, which cooled over the course of last year, faces multiple headwinds in 2022, including persistent property weakness and a fresh challenge from the recent local spread of the highly-contagious Omicron variant

China's economy likely grew at the slowest pace in 1-1/2 years in the fourth quarter, dragged by weaker demand due to a property downturn, curbs on debt and strict COVID-19 measures, raising heat on policymakers to roll out more easing steps.

Data on Monday is expected to show gross domestic product (GDP) grew 3.6% in October-December from a year earlier - the weakest pace since the second quarter of 2020 and slowing from 4.9% in the third quarter, a Reuters poll showed.

On a quarterly basis, growth is forecast to rise to 1.1% in the fourth quarter from 0.2% in July-September.

For 2021, GDP likely expanded 8.0%, which would be the highest annual growth in a decade, partly due to the low base set in 2020, when the economy was jolted by COVID-19 and stringent lockdowns.

The government is due to release the GDP data, along with December activity data, on Monday at 0200 GMT.

The world's second-largest economy, which cooled over the course of last year, faces multiple headwinds in 2022, including persistent property weakness and a fresh challenge from the recent local spread of the highly-contagious Omicron variant.

Exports, which were one of the few areas of strength in 2021, are also expected to slow, while the government is seen continuing its clampdown on industrial emissions.

Policymakers have vowed to head off a sharper slowdown, ahead of a key Communist Party Congress late this year.

The central bank is set to unveil more easing steps, though it will likely favour injecting more cash into the economy rather than cutting interest rates too aggressively, policy insiders and economists said. read more

Analysts at ANZ said in a note that they saw a possibility that the central bank will cut the rate on its medium-term lending facility (MLF) on Monday.

"We might see a larger effect of the monetary and fiscal easing only in the second half of 2022 due to the transmission lags of these policies," analysts at Natixis said in a note.

"The recent monetary easing and the stabilization of PMI (factory activity) have indicated such a direction, but more efforts are needed to boost fixed asset investment."