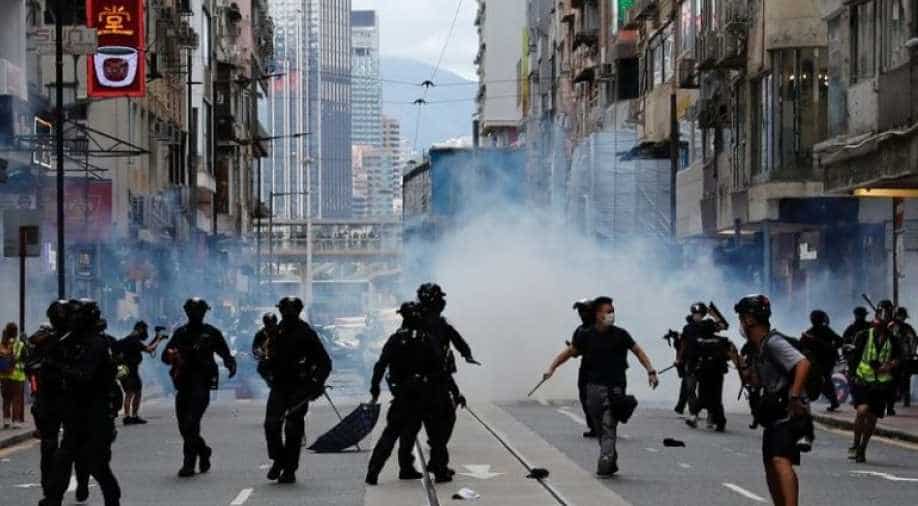 Close to 30 countries have spoken out against the Chinese move, some have even announced sanctions and visa restrictions on Beijing.

China has slapped a draconian new law on Hong Kong.

The world is worried for the people of Hong Kong, for the city's democracy and their own people who live and work in the special administration region.

Close to 30 countries have spoken out against the Chinese move, some have even announced sanctions and visa restrictions on Beijing.

As WION questioned India's silence, India delivered a statement on Hong Kong at the United Nations.

New Delhi said, "Given the large Indian community that makes the Hong Kong special administrative region of China its home, India has been keeping a close watch on recent developments. We have heard several statements expressing concern on these developments. We hope the relevant parties will take into account these views and address them properly, seriously and objectively."

In case you are wondering why so many nations are concerned about Hong Kong, then you must know that the repercussions of this new law go much beyond the borders of Hong Kong.

It applies to everyone who lives on this planet. This law is China's messaging to the world.

What the national security law means for the world

The national security law has transformed Hong Kong into a black hole. Landing in the city means getting sucked into China's dysfunctional legal system. You could be arrested for violating this draconian law, and you may never find out what your fault is. China will place it under a clause of its choice -- secession, subverion, terrorism or colluding with external forces.

If you are opinionated and happen to speak up against repression, annexation, provocation or even the coronavirus, then Hong Kong is henceforth a no-go zone for you. In other words, this city is as good as gone from the global map.

Gone with it is the world's eighth busiest airport -- one that hosts at least 196,000 passengers daily and connects 220 destinations, and also happens to be the world's largest cargo centre. At least 120 airlines have flights to Hong Kong. There is no word on how many of them will resume operations to the city.

Also lost is the world's sixth-largest financial hub. One that houses over 9,000 foreign firms -- at least one and a half thousand of them have regional headquarters in Hong Kong. What attracted businesses to Hong Kong was the city's freedom from Chinese laws, that no longer holds true.

Lost with Hong Kong's democracy is its importance in the business landscape. The city has a sizeable expat population -- at least 690,000 foreigners living in the city, half of whom are from the Philippines and Indonesia. There are at least 35,000 Britons and 14,000 Americans.

Hong Kong's loss comes at a heavy cost to the world and India too will be feeling the pinch, be it in terms of people or exports. Close to 7,160 people of Indian origin reside in Hong Kong, and 31,569 non-resident Indians.