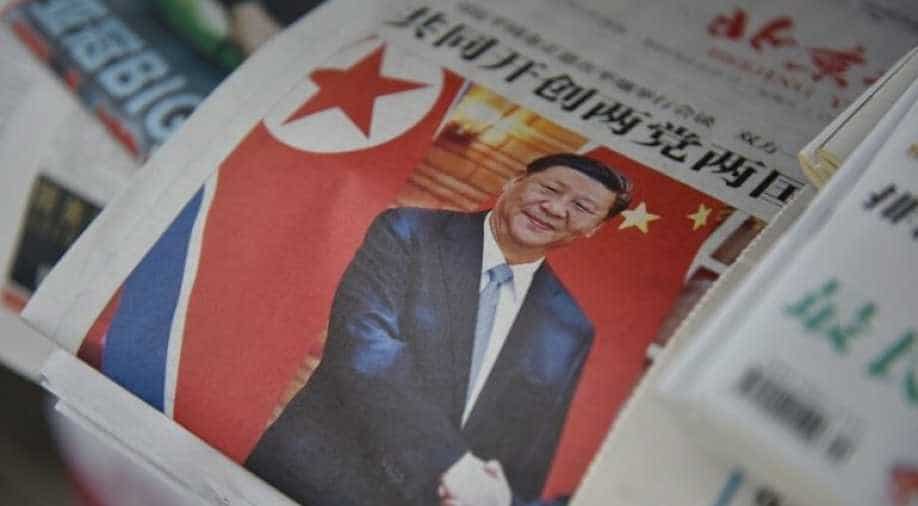 A newspaper featuring a front page photo of Chinese President Xi Jinping shaking hands with North Korean leader Kim Jong Un (not seen) during Xi's visit to Pyongyang, is seen at a news stand in Beijing on June 21, 2019 Photograph:( AFP )

The US has designated four Chinese media outlets as foreign missions

The United States and China, world’s mammoth economies are currently fighting on many fronts, including trade and media.

On the one hand is China, known as the pundit of public relations. The country has mastered the use of media to push its propaganda. On the other hand is the United States, fighting this propaganda war. As part of its efforts, the US has designated four Chinese media outlets as foreign missions.

According to the US, Beijing has full editorial control over the content, and hence will be treated as embassies. As part of this move, the companies will have to report details of their staff, and also reveal the properties they hold in the US. Currently, at least nine Chinese outlets are under scrutiny.

China retaliated by imposing sanctions on US media outlets in China including the Associated Press, the National Public Radio, CBS news, and the United Press International News Agency.

These Americans companies will now need to divulge the same details expected of Chinese media outlets.

To strengthen its front of optics, China conducted media outreach campaigns in every continent. These include journalism exchange and training schemes.

Journalists are called to china on fully-sponsored trips that sometimes last 10 months, mostly those hailing from developing countries.

For instance, one Latin American nation reported that more than 50 journalists went to China on a two-month trip, and all of them belonged mostly to left-leaning publications.

Chinese state media content, such as Xinhua and CGTN offer stories and videos for free, as part of their content sharing agreements.

They also run paid content in foreign outlets, stories that assert the superiority of the “Chinese way”. Reports say - China has such agreements with at least 25 to 30 media outlets in Afghanistan alone.

Also read: All about the optics: Chinese media goes full-throttle to make Jinping look like a 'messiah'

In Africa, China sells stories that show how Bejing is helping develop the continent.

Journalists in Kenya say that it's refreshing as western media only focuses on African catastrophes.

China is buying legacy companies or setting up digital joint ventures overseas in a bid to increase media presence and to strengthen scope of acquisitions.

Chinese media presence is higher in the Asia-Pacific region and Africa, compared to Latin America and Europe. China's Star Times in Africa has become a dominating satellite television player. In Hong Kong - the South China Morning Post is owned by the Alibaba group.