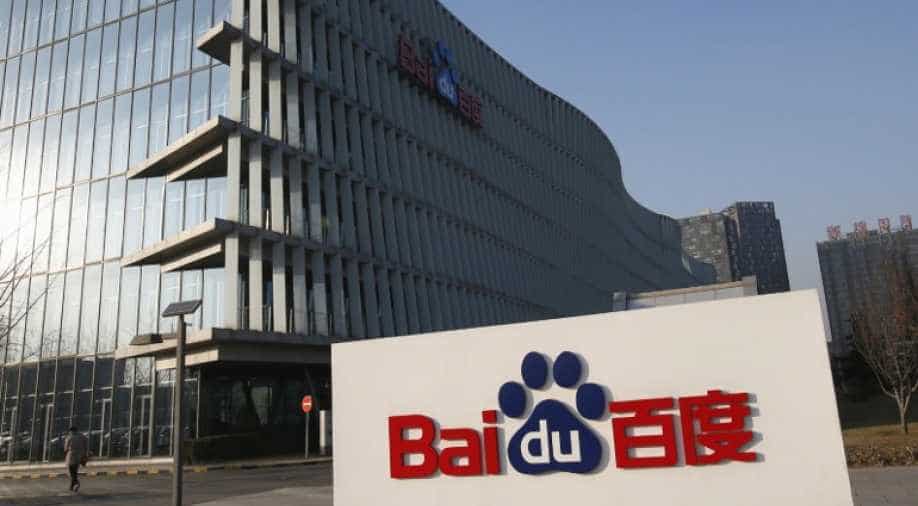 Baidu's company logo is seen at its headquarters in Beijing Photograph:( Reuters )

The rebuke comes as China is stepping up censorship and security efforts ahead of the 19th National Congress of the Communist Party, a major leadership conference held once every five years.

Notices posted by the Cyberspace Administration of China on Monday said the firms will receive the "maximum penalty" for failing to remove fake news and pornography as well as content that "incites ethnic tension" and "threatens social order".

It is the first time that the CAC has levied the maximum fines against tech firms under a new law introduced in June, as it seeks to tighten its grip on the internet.

"The internet does not operate outside of the law... the CAC will seriously implement the new cybersecurity law and other regulations to increase territorial supervision and enforcement efforts regarding the internet," said the CAC.

The notices did not detail the exact sum of the penalties, but under the rules cited in the notice individuals in charge of the platforms and others directly involved face a maximum penalty of 100,000 yuan ($15,110) each.

The law also stipulates that offending platforms can have their licenses revoked and their services suspended for failing to comply.

The measures are the result of an investigation launched last month by the CAC, and target the country's most popular social media services, including Tencent's WeChat and Weibo's microblogging service, whose combined registered users exceed 1 billion.

According to Monday's notices, the firms will be required to undertake immediate rectification to remove illegal content and accounts as well as increase content auditing measures.