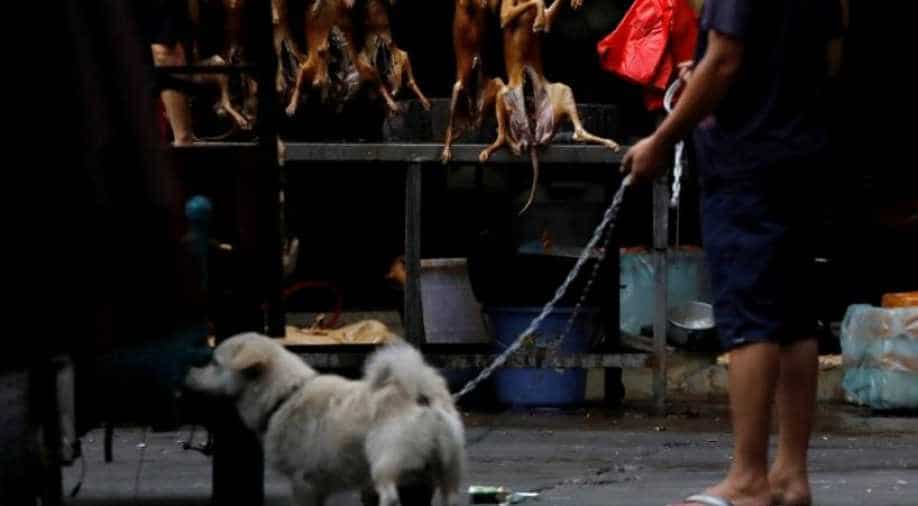 China’s notorious dog meat festival has opened in defiance of a government campaign to improve animal welfare and reduce risks to health highlighted by the novel coronavirus outbreak.

The annual 10-day festival in the southwestern city of Yulin usually attracts thousands of visitors. The dogs are crammed into wire cages and driven for days without food to slaughterhouses and their carcasses are hooked up at meat market.

The law in China says, " Dogs are classified as companions, not livestock." The government is drawing up new laws to prohibit the wildlife trade and protect pets, however, Yulin dog festival is being held despite new guidelines over 10,000 dogs will be slaughtered this year as well.

Many of these dogs are often sick or injured, many die on the transport trucks because of dehydration, shock, suffocation, and heatstroke and the ones that survive the journey often suffer from low immunity.

The coronavirus is believed to have originated in horseshoe bats before crossing into humans in a market in the city of Wuhan and there is a hypothesis that Beijing's second wave of cases emerged from a salmon stall.

Allowing mass gatherings to consume dog meat in crowded markets is a public health risk. In February, following a global backlash China put a temporary ban on exotic meat markets, but the Yulin festival is proof that there's no real reform.