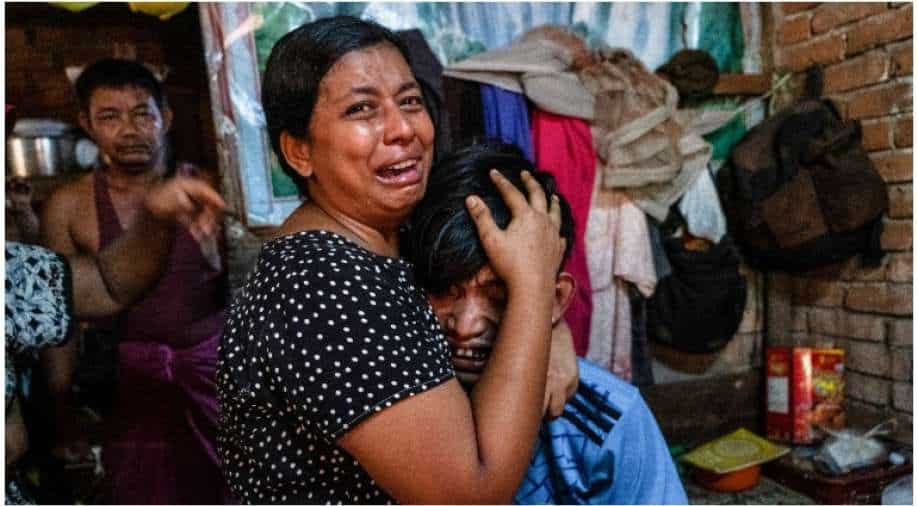 Family members cry in front of a man after he was shot dead during an anti-coup protesters crackdown in Yangon, Myanmar, March 27, 2021 Photograph:( Reuters )

Diplomats have also reported that while the western countries wanted to use and stress on the 'killings' of hundreds of civilians, China asked to alternate the world with 'deaths'

Following the continuing violence against demonstrators in Myanmar, the UN Security Council "strongly condemned" the deaths of hundreds of civilians.

However, it has also been alleged that the statement has been "watered down" by China.

"Members of the Security Council expressed deep concern at the rapidly deteriorating situation and strongly condemned the use of violence against peaceful protestors and the deaths of hundreds of civilians, including women and children," the statement read.

This statement, which was initiated by the UK, was also supposed to include a "readiness to consider further steps", hinting towards international sanctions.

However, the language was blocked by Myanmar's most important ally, China.

Diplomats have also reported that while the western countries wanted to use and stress on the "killings" of hundreds of civilians, China asked to alternate the world with "deaths".

Russia, too, blocked the text several times as it struggled to find a way to condemn the death of security members in the demonstrations.

However, after lengthy discussions, the UNSC feels it was important to send out this message as a "very important goal".

While Myanmar locals have been struggling to restore peace in the country amid the military coup, Beijing has been accused of reducing the scope of negotiated texts each time.

Meanwhile, the UN's special envoy to Myanmar has called for strong actions against the junta to avoid a possible "bloodbath" and civil war.

In Myanmar, Aung San Suu Kyi, has been charged with breaking a colonial-era official secrets law, her lawyer said on Thursday.