China wants world to use its vaccine, but records are shoddy 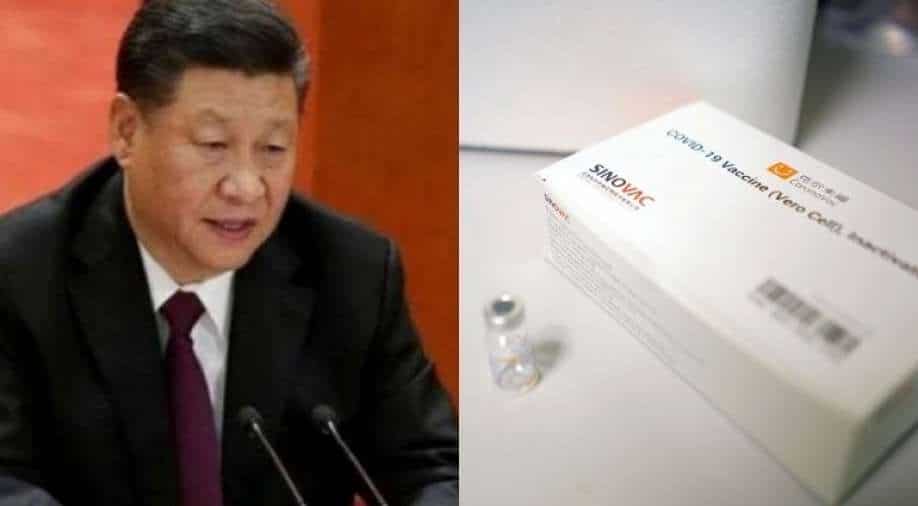 China wants us to take its vaccines and in return promises to offer certain "conveniences" when we visit China.

The message is simple: take our vaccine and enjoy a streamlined visa process in return.

But which vaccines is China even offering?

Is it Sinovac, whose CEO was once found to be bribing China's drug regulator for approvals?

Or is it Sinopharm, which was called one of the most unsafe vaccines with 73 side effects by a Chinese doctor?

Sinovac, Sinopharm, CanSino Biologics and Anhui Zhifei Longcom are the four vaccines China is offering to the world.

Out of these four vaccines, two are in the process of being rolled out, while the other two have already made their way abroad.

Here's what has been on record as far as these vaccines are concerned.

Developed by a Beijing-based biopharmaceutical company, this vaccine is officially called Coronavac.

In July 2020, it was approved for emergency use in high-risk groups in China.

This vaccine would cost atleast Rs 1,027 rupees per dose in India.

It works by using killed viral particles to expose the body to the virus which mounts an immune response.

There's only one study published in the scientific journal The Lancet and it discloses information only about the first two phases of clinical trials.

Nonetheless, Coronavac is undergoing phase three trials in several countries, but the data is dodgy.

In Turkey, the vaccine was 91.25 per cent effective and was 65.3 per cent in Indonesia.

Brazil initially said it was 78 per cent effective but revised the figure to 50.4 per cent.

In November 2020, Brazil even halted trials of Sinovac after the mysterious death of a volunteer.

China called it politics until this report emerged the very next month.

The CEO of Sinovac Weidong Yin was caught for bribing Chinese drug regulators to get approvals several times in the past.

Still, the vaccine continues to be developed overseas to this day.

This is the second major Chinese vaccine developed by the state-owned company.

It has two different types, but both work like Sinovac.

In India, the vaccine would cost atleast Rs 5,650 per dose.

The phase three trials of Sinopharm showed that it was 79 per cent effective, much lower than Pfizer and Moderna.

But even before these results came out, the vaccine was distributed to nearly a million people in China.

In January this year, Tao Lina, a Chinese vaccine expert working at the Shanghai Centre for Disease Control and Prevention claimed that there were 73 adverse reactions associated with the vaccine.

Tao's Weibo account was deleted with the allegations buried under the carpet.

In Peru, a volunteer who took the Sinopharm developed neurological problems.

This case was enough for Peru's government to halt all vaccine trials.

It's crystal clear that China is losing the vaccine race as it's vaccine programmes are shadowed by clouds of doubt.

Still, Beijing is trying to find some sunshine through its vaccine visa.