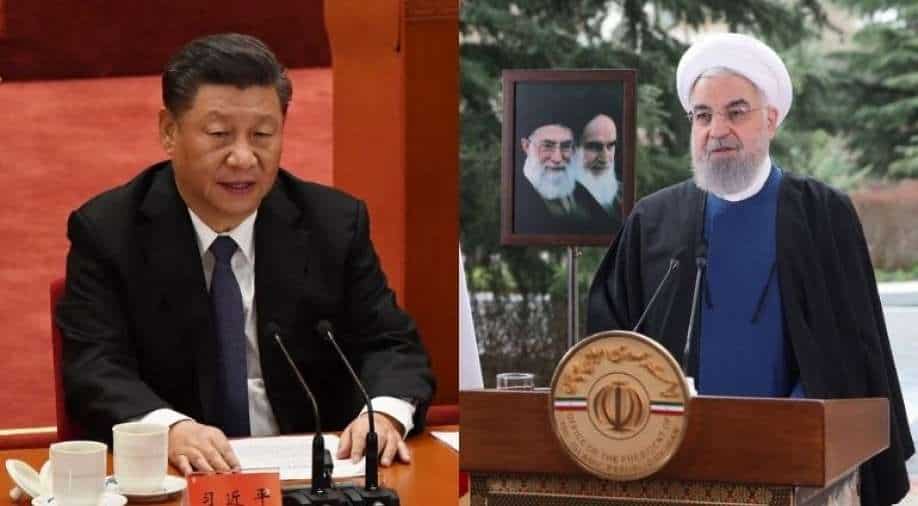 US President Joe Biden has sought to revive talks with Iran on a nuclear deal abandoned by former President Donald Trump in 2018, although harsh economic measures remain in place that Tehran insists be lifted before negotiations resume

China on Thursday pledged that it will safeguard the Iran nuclear deal and defend the legitimate interests of Sino-Iranian relations.

Ministry of commerce spokesman Gao Feng told a news briefing in response to a question from the media that China has not received notices of sanctions on Iranian oil from the Biden administration.

China's comments came after reports surfaced that Iran has "indirectly" moved record volumes of oil into China in recent months, marked as supplies from Oman, the UAE and Malaysia, even as China customs data showed that no Iranian oil was imported in the first two months this year.

The increase in Iranian supplies has partly contributed to a drop in Brent crude prices from $70 a barrel in mid-March.

Iran's supreme leader on Sunday reiterated the Islamic republic's "definite policy" that Washington must lift all sanctions before Tehran returns to its commitments under a 2015 nuclear deal.

The deal was meant to provide Iran with international sanctions relief in exchange for limitations on its controversial nuclear programme.

But it has been on life-support ever since former US president Donald Trump withdrew from it in 2018 and reimposed sanctions as part of a "maximum pressure" campaign against Tehran.

Joe Biden, who defeated Trump at the ballot box in November, has signalled his readiness to revive the accord, but his administration insists Iran must first return to its nuclear commitments, most of which Tehran has suspended in response to US sanctions.

Also read| US, Iran beef up military activity in Gulf ahead of Soleimani's first death anniversary

The United States and the other Western powers that signed up to the 2015 deal appear to be at odds with Tehran over which side should return to the accord first, making it unlikely that US sanctions which have crippled Iran's economy can be quickly removed.

However, the OPEC member's oil exports climbed in January after a boost in the fourth quarter, despite US sanctions, in a sign that the end of Donald Trump's term as US president may be changing buyer behaviour.

Iranian crude oil exports remain at elevated levels in March compared to last year, tanker tracker Petro-Logistics said on Tuesday, adding to signs of a recovery in the shipments.

The sanctions caused a precipitous drop in Iranian exports to China, India, Japan and South Korea since late 2018. Those measures, and output cuts by fellow OPEC+ producers, have led to tight supplies of Middle East sour crude in Asia, the top global oil market. Asia imports more than half of its crude from the Middle East.