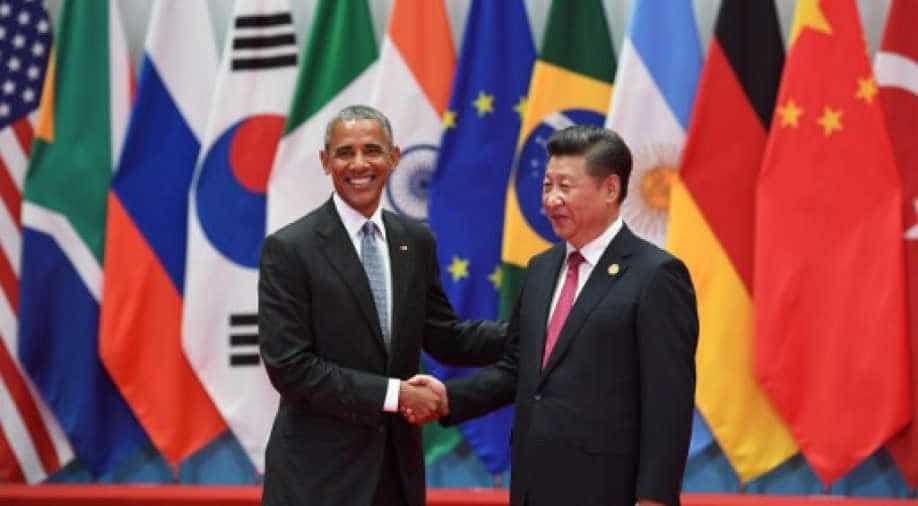 The Chinese premier made the cautionary statement when he met his US counterpart Barack Obama for the last time on the sidelines of the?Asia-Pacific Economic Cooperation summit in Lima, Peru. Photograph:( AFP )

Xi said he hoped that the two countries would continue to "manage differences" in the future and urged the incoming Trump administration to "make sure there is a smooth transition in the relationship".

The Chinese premier made the cautionary statement when he met his US counterpart Barack Obama for the last time on the sidelines of the Asia-Pacific Economic Cooperation (APEC) summit in Lima, Peru.

Xi voiced his skepticism about the next administration because Trump repeatedly beat China with a stick during his campaign trail.

In his election speeches, Trump had accused Beijing several times of inventing global warming and rigging the rules of global trade.

Obama also stressed on the need to have a healthy bilateral relations with Beijing because it "benefits our two peoples and benefits the entire globe".

"We've demonstrated what's possible when our two countries work together," he said, referring to their agreement to tackle global warming.

Xi and Obama have met a total of nine times.