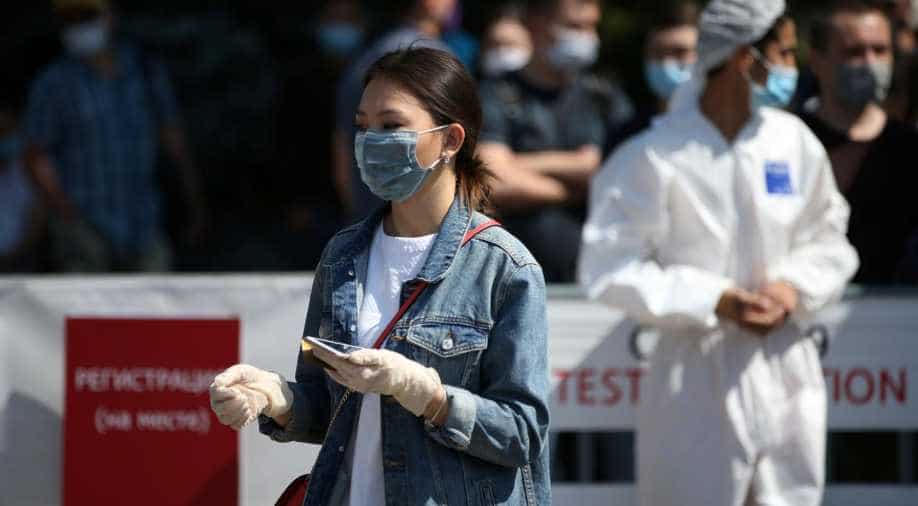 Even with the strictest social distancing measures, the numbers continue to increase with each passing day.

In other news, it has been seven months since the first case of the coronavirus was officially reported in China.

Seven months on, the virus is now a pandemic and it's still spreading.

The death toll has breached the 700,000 mark. The global cases are well beyond 18 million.

Even with the strictest social distancing measures, the numbers continue to increase with each passing day.

The entire world is struggling to live with the new normal and if this wasn't enough. Another virus has been discovered in China.

A brand new infectious disease has been reported on the Chinese mainland. As of August 6, it has killed seven people and infected 67 others. This is a tick-borne virus.

It is spread through tick bites, external parasites, that are typically 5 millimetres long and live by feeding on the blood of other mammals.

The Chinese state media is calling the virus they are spreading. Severe fever with thrombocytopenia syndrome. A complicated name -- vintage China!

Now, this virus had been spreading for a while. More than 37 people are said to have been infected in east China's Jiangsu province in the last six months.

Now the virus is spreading further. 23 new cases have been reported in east China's Anhui province.

And according to the Chinese state media --- there's a big possibility that the virus could soon enter human-to-human transmission.

But, we have started to lose count of the number of viruses that are being reported in China almost every month.

What is Beijing doing besides brazenly covering up?

Spreading fake news about non-existent viruses in other countries.

A few weeks back, the Chinese embassy in Nursultan, the Kazakh capital warned of an 'unknown pneumonia' which was apparently ---- "sweeeeeping kazakshtan".

The statement from the Chinese embassy warned that this unknown pneumonia was deadlier than the coronavirus.

That its death rate was much higher. The news turned out to be fake. Kazakhstan's health officials went on record to dismiss china's claims.

The Kazakh govt may have chosen to ignore the issue. But the anger against China has only risen among the citizens. There are calls to punish China's ambassador to Kazakhstan, Zhang Xiao.

The people of Kazakhstan say that he has insulted their country by calling a non-existent virus --- Kazakhstani.

They say his behaviour in recent months has been anything but diplomatic.

How is the Kazakh govt responding to these concerns?

By jailing protesters!
On August 4, a Kazakh activist was arrested for protesting outside the Chinese consulate in Almaty. He was detained for holding a placard that read.

'Ambassadors bring reconciliation, enemies bring discord.... Get out of the country'

Government silent on Chinese belligerence and growing anger among the citizens.

Insect-inspired robots are almost here. They can jump and fly