China trial of 'Hong Kong 12' begins as US decries 'tyranny' 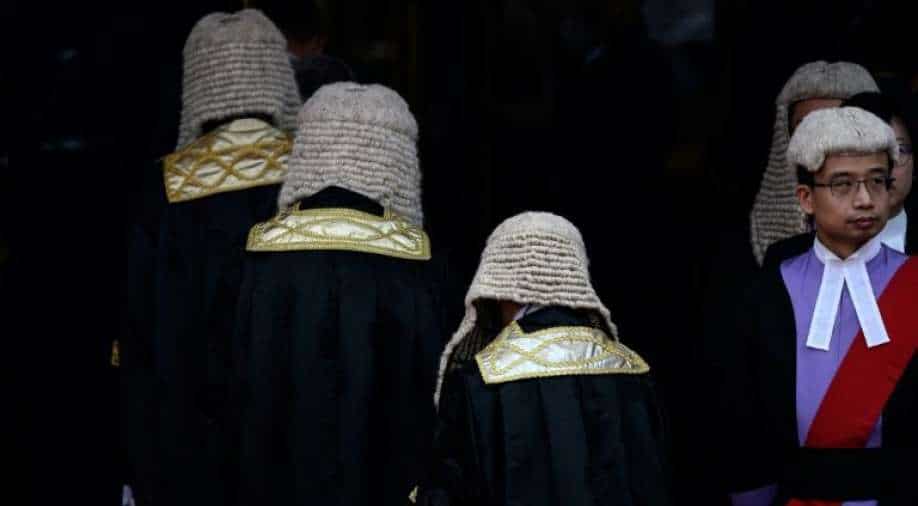 The hearing began as scheduled on Monday afternoon and a convoy of vehicles were seen departing around four hours later. The Yantian District People's Court said sentencing will be at a later date

A group of Hong Kong pro-democracy activists who tried to escape the city by speedboat for sanctuary in Taiwan went on trial in China on Monday as the United States urged the immediate release of dissidents it says "fled tyranny".

Ten of the so-called "Hong Kong 12" were in court in the southern city of Shenzhen to face charges linked to an illegal border crossing.

Chinese authorities took them into custody after their boat was intercepted on August 23.

The hearing began as scheduled on Monday afternoon and a convoy of vehicles were seen departing around four hours later. The Yantian District People's Court said sentencing will be at a later date.

Court officials stayed tight-lipped about the case, and the trial -- like many in China's opaque legal system -- was not open to foreign reporters or diplomats.

At least two of the group could face around seven years in jail for organising the attempted escape from a city where democracy activists last year led massive protests against Beijing's rule.

Some of the group were already facing prosecution in Hong Kong, where a draconian national security law imposed by China has largely stamped out the city's protest movement.

"I would like to urge the Yantian court to hand down the verdict as soon as possible... With a verdict I can set off for Shenzhen. I just want to meet my son," activist Wong Wai-Yin's mother said Monday evening.

Activist Lester Shum added that "none of the families we know got to hear the trial", despite the court's statement saying relatives were present.

"Their so-called 'crime' was to flee tyranny," a US embassy spokesperson told AFP, ahead of the detainees' scheduled court appearance.

Urging their immediate release, the spokesperson said: "Communist China will stop at nothing to prevent its people from seeking freedom elsewhere."

The US has used Hong Kong's evaporating freedoms as a stick to beat China with in recent months.

China's Ministry of Foreign Affairs went into a familiar attack mode over the US comments.

Families of the accused -- the youngest of whom is just 16 -- have called for the hearing in the Shenzhen court to be broadcast live, after they were unable to attend due to the short notice for the trial and Covid-19 requirements.

They were only notified of the trial date on Friday, while their lawyers have been barred from meeting with the detainees. Authorities instead have appointed state-approved legal representation.

In a joint letter over the weekend, the families said they "strongly condemn" the authorities' decision to hold the trial in "de facto secret".

"We urge governments to send embassy personnel to the hearing to guarantee a proper and fair trial by the courts in Shenzhen," they said, noting that those detained include British, Portuguese and Vietnamese nationals.

The city had enjoyed unique freedoms since its handover from former colonial power Britain in 1997, with a deal promising a "one country, two systems" arrangement for 50 years.

Beijing says the new security law was needed to restore peace and stability but critics have condemned it as a fatal attack on Hong Kong's freedoms.

In a statement following the first day of the trial, the UK's top diplomat said London was "deeply concerned that members of the Shenzhen 12 were tried in secret today."

"The Shenzhen 12 have not had access to lawyers of their choosing, raising further serious questions about access to legal counsel in Mainland China," Foreign Secretary Dominic Raab said.

"We expect China to uphold the rule of law and conduct trials in a fair and transparent manner, consistent with the basic requirements of international human rights law."

China has a history of putting dissidents on trial around the Christmas and New Year period to avoid Western scrutiny.

Amnesty International said there was little chance the group would receive a fair trial.

"They have so far been deprived of their basic rights, including the right to defend themselves through legal representation of their own choosing," Amnesty Hong Kong's Programme Manager Lam Cho Ming said in a statement.

Eight of the group are accused of an illegal border crossing, while two are suspected of organising for others to cross the border.

Since Beijing imposed the security law in June, Taiwan has emerged as a sanctuary for Hong Kong activists -- quietly turning a blind eye to dissidents turning up without proper visas or paperwork.

The self-ruling island opened a new office in July to deal with Hong Kongers wanting to move to the island, including those seeking to stay in Taiwan for "political reasons".