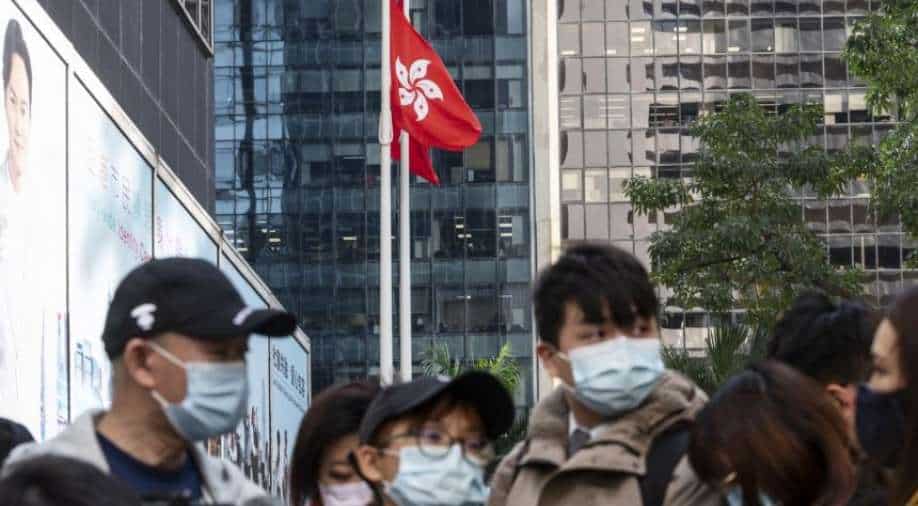 These activists were arrested as they tried to flee the territory by speedboat to Taiwan.

These activists were arrested as they tried to flee the territory by speedboat to Taiwan.

Relatives of seven detainees have been told by Chinese government-appointed lawyers that a hearing would take place Monday afternoon at Yantian District People's Court in the southern city of Shenzhen, according to the Save 12 HK Youths campaign.

The group was caught by the coastguard 70 kilometres (40 miles) southeast of Hong Kong on August 23, before being transferred to police in Shenzhen. They are accused of charges linked to crossing a border illegally.

The activists -- whose arrests were formally approved in September -- have since disappeared into China's opaque judicial system, with family members expressing fear over their fate.

Last week, Chinese authorities announced that the prosecution process for the 12 had begun.

Eight of the group are accused of an illegal border crossing, while two are suspected of organising for others to cross the border. Two minors face non-public hearings.

Beijing imposed a new security law on Hong Kong in June -- announcing it would have jurisdiction for some crimes and that mainland security agents could openly operate in the city.

With Beijing clamping down on Hong Kong's democracy movement, Taiwan emerged as a sanctuary, quietly turning a blind eye to residents turning up without proper visas or paperwork.