China to put two Canadians, charged with spying, on trial in coming days 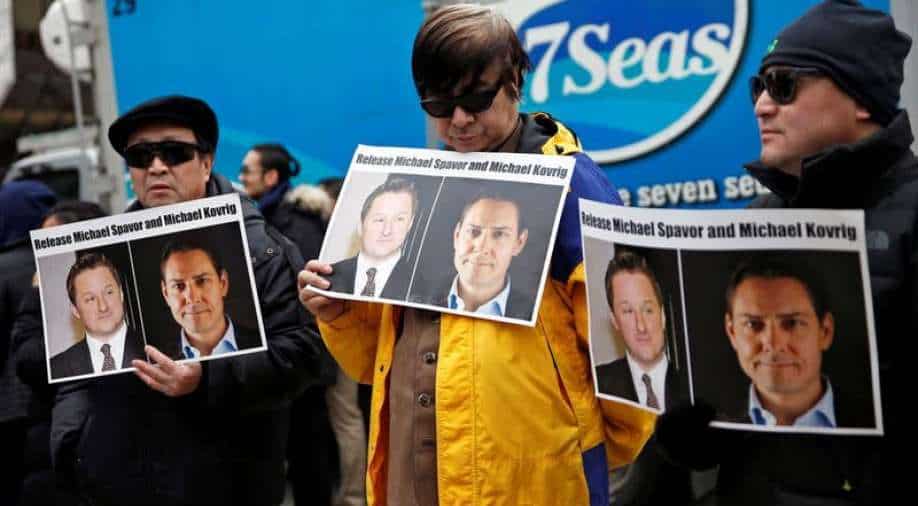 China will put two Canadians on trial in the coming days following their arrests more than two years ago in apparent retaliation for the detention of a top Huawei executive.

China detained former diplomat Michael Kovrig and businessman Michael Spavor in 2018 -- days after the arrest of Huawei executive Meng Wanzhou in Vancouver on fraud charges. Charges against the two Canadians -- who have been accused of espionage -- are widely perceived in the West as retaliation for Meng's arrest, although China has denied this.

Meng was arrested on a US warrant during a stopover in Vancouver in December 2018, just nine days before the two Canadians were detained. She is under house arrest in Vancouver as she fights extradition to the United States.

Canadian officials, he added, have demanded immediate consular access to the two men and asked to attend the trials.

Spavor is being held in Dandong while Kovrig was jailed in Beijing. China's judicial system convicts most people who stand trial and the two men face up to life in prison if found guilty of "espionage" and "providing state secrets".

Their court dates come as an extradition hearing for Meng enters its final months. It is scheduled to wrap up in May, barring appeals.

The United States wants the daughter of Huawei founder Ren Zhengfei extradited to face trial on charges related to the Chinese telecom equipment maker's alleged violations of US sanctions against Iran.

Meng, 49, is accused of having lied to the HSBC investment bank about Huawei's relationship with subsidiary Skycom, putting the bank at risk of violating the sanctions as it continued to clear US dollar transactions for Huawei.

Both Meng and Huawei -- the world's largest telecommunications equipment manufacturer -- deny the charges.

US and Chinese top foreign officials are also scheduled to hold high-level meetings in Alaska on Thursday.

On Wednesday, the Canadian government said their release remains a top priority.

The arrests of Meng, Kovrig and Spavor have roiled diplomatic relations between China and Canada, which has enlisted the help of allies to apply pressure on China -its second largest trading partner.

As part of that effort, Ottawa recently unveiled a declaration signed by 58 countries against "arbitrary detention in state-to-state relations," though it did not specifically mention China.

The Canadian parliament also provoked China's ire by voting to label its treatment of Uighurs in Xinjiang as genocide.

If convicted in a US court, Meng could face more than 30 years in prison. For now, she remains under house arrest in her Vancouver mansion.

The two men face spying charges and it is unclear how long the process may take, but "there will be a verdict," a Canadian government source said.

"Human beings are not bartering chips," Biden said after speaking with Trudeau by video link in February. "We`re going to work together until we get their safe return."