China to 'modernise' its nukes, but asks US and Russia to reduce stockpile 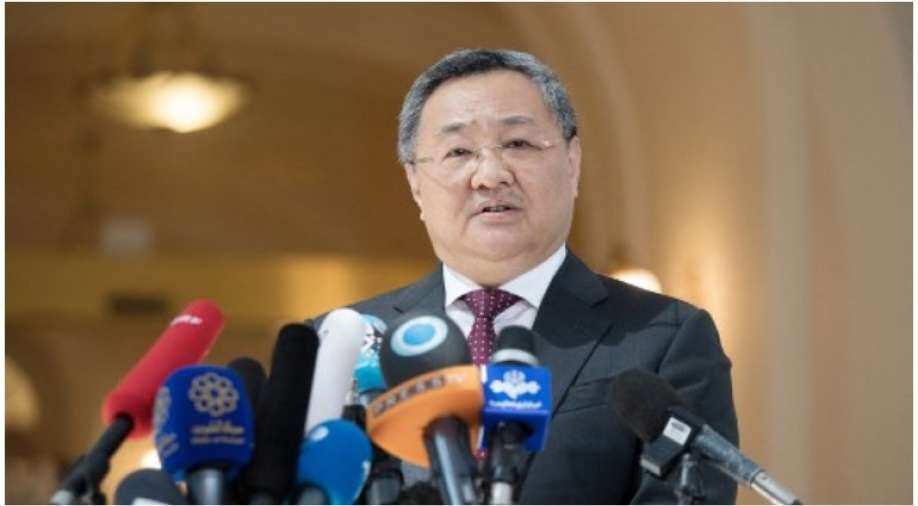 File photo of Fu Cong, director general of the department of arms control at the Chinese foreign ministry Photograph:( AFP )

China on Tuesday said that it will continue to 'modernise' its nuclear arsenal but has asked United States and Russia to reduce their stockpiles. The latest Chinese stance has come just a day after it pledged along with other global powers to prevent spread of nuclear weapons.

"The US and Russia still possess 90 percent of the nuclear warheads on Earth," Fu Cong, director general of the department of arms control at the Chinese foreign ministry, told reporters.

"They must reduce their nuclear arsenal in an irreversible and legally binding manner."

Fu dismissed US claims that China was vastly increasing its nuclear capabilities.

"China has always adopted the no first use policy and we maintain our nuclear capabilities at the minimal level required for our national security," he said.

But he said Beijing would "continue to modernise its nuclear arsenal for reliability and safety issues".

In a rare joint statement setting aside rising West-East tensions, the United States, China, Russia, Britain and France on Monday reaffirmed their goal of creating a world free of atomic weapons and avoiding a nuclear conflict.

The nuclear weapons have only been used when the bombs were dropped by the US on Hiroshima and Nagasaki, ending the Second World War.

On Monday, the five nuclear powers committed to full future disarmament from atomic weapons. China's latest stand is sure to raise questions about how realistic the goal of full disarmament is.

Ties between Beijing and Washington have been strained over a series of issues including China's intentions to take Taiwan, which it claims as part of its territory, by force if necessary.

Beijing's sabre-rattling towards Taiwan has reached new heights under President Xi Jinping, China's most authoritarian leader in a generation.
Fu dismissed speculation over the possibility of deploying nuclear weapons near the Taiwan Strait.

"Nuclear weapons are the ultimate deterrent, they are not for war or fighting," he said.

While the United States and Russia have had a formal strategic stability dialogue since the days of the Cold War, producing several disarmament agreements, that is not the case between Washington and Beijing.