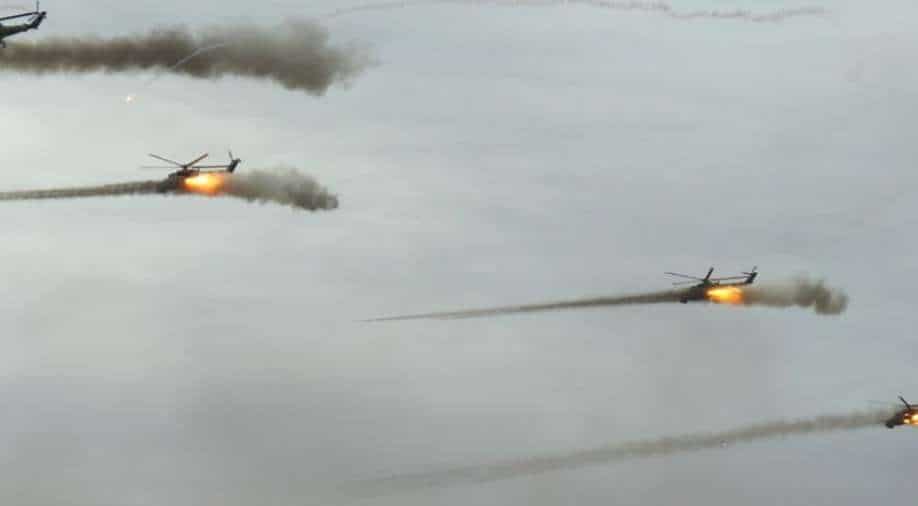 The drills ended on Friday as the Indian Army along with other SCO countries Kazakhstan, Pakistan,  Kyrgyzstan, Uzbekistan, China, Russia and Tajikistan took part in the exercise.

According to China's Global Times, live-fire drills were conducted. The PLA said it took part in the exercise to detect drones as it was being increasingly used in battlefield conditions.

The military exercise was aimed at countering large-scale terrorist attacks. India had deployed 200 personnel during the exercise including Indian Air Force personnel.

The exercise was conducted as part of military diplomacy between SCO member states allowing nations within the group to share best practices.

India didn't send troops to the SCO military drill last year amid the standoff along the Line of Actual Control(LAC) last year.

General Bipin Rawat #CDS interacted with the contingent commanders of participating Nations & members of the #IndianArmy contingent. #CDS lauded them for their high standards of training & professionalism. pic.twitter.com/fRiRd2kSeI

Chief of Defence Staff (CDS) General Bipin Rawat was present during the exercise and met members of the Indian contingent, the Indian Army said.

The exercise started on September 13 as various defences forces within the SCO practised counter-terrorism moves in urban scenarios to demonstrate their ability against terror threats. India was admitted to the SCO group in 2017 along with Pakistan.