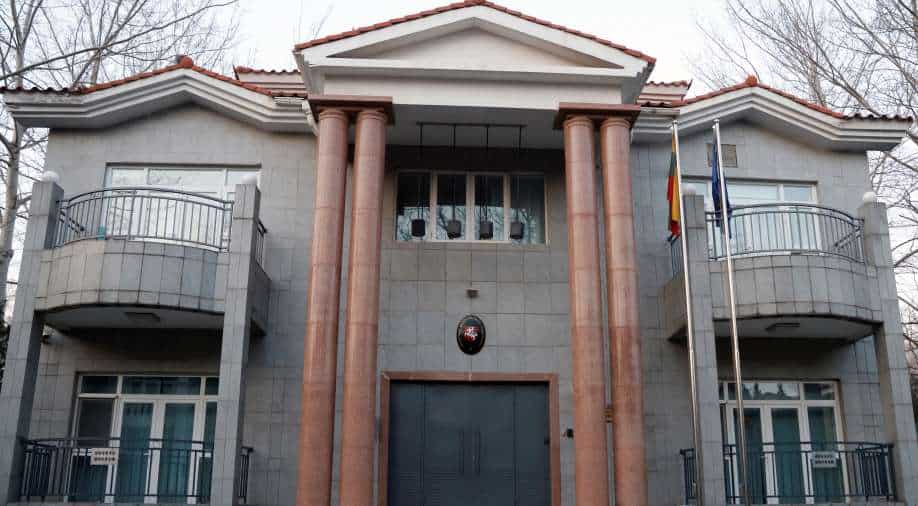 China's General Administration of Customs had informed the country it was halting the exports due to "lack of documentation", the agency said in a statement

China suspended imports of beef, dairy and beer from Lithuania this week, Lithuania's veterinary control agency said on Thursday, amid a growing trade dispute over the Baltic nation's relations with Taiwan.

China's General Administration of Customs had informed the country it was halting the exports due to "lack of documentation", the agency said in a statement.

It added that "this is first such notification we ever received, because the importing countries usually start by asking for any missing information".

The Chinese agency said earlier on Thursday it had stopped imports of Lithuanian beef but gave no specific reason.

Relations frayed after Lithuania allowed Taiwan to open a de facto embassy in its capital Vilnius last year, angering Beijing which regards the democratically-ruled island as its own territory.

Lithuanian Foreign Minister Gabrielius Landsbergis said on Wednesday during a visit to Australia that nations seeking to use trade as a retaliatory measure must be reminded that "like-minded countries have tools and regulations that help withstand the coercion".

Britain said on Monday it will join the United States and Australia in backing an EU trade case against China at the World Trade Organization over Beijing's alleged trade curbs on Lithuania.

Also read | China looks to send Lithuania to 'garbage bin of history'. Find out why?

The European Commission says overall exports from Lithuania, an EU member, to China fell 91% in December compared to the same month in 2020.

The Lithuanian agency said the country hasn't exported food products, including beef, to China since early December 2021. It did not immediately give further details.

"As far as I know, the Chinese move does not create practical problems, because we do not export these products to China now. The exporters have moved on to other markets", Lithuanian Prime Minister Ingrida Simonyte told reporters on Thursday.

"If the problem is procedural and bureaucratic, as China says, then it will get solved very easily", she added.

Chinese Foreign Ministry spokesman Zhao Lijian declined to elaborate on the beef suspension, but said Lithuania should correct its "mistakes".

"What Lithuania should do is face up to facts, redress its own mistakes, and come back to the right track of adhering to the one China principle, instead of confusing right with wrong," Zhao said, referring to China's policy demanding countries recognise its claim to Taiwan.

Taiwan has stepped up its food imports from Lithuania to help ease the impact of Chinese curbs, most recently rum.