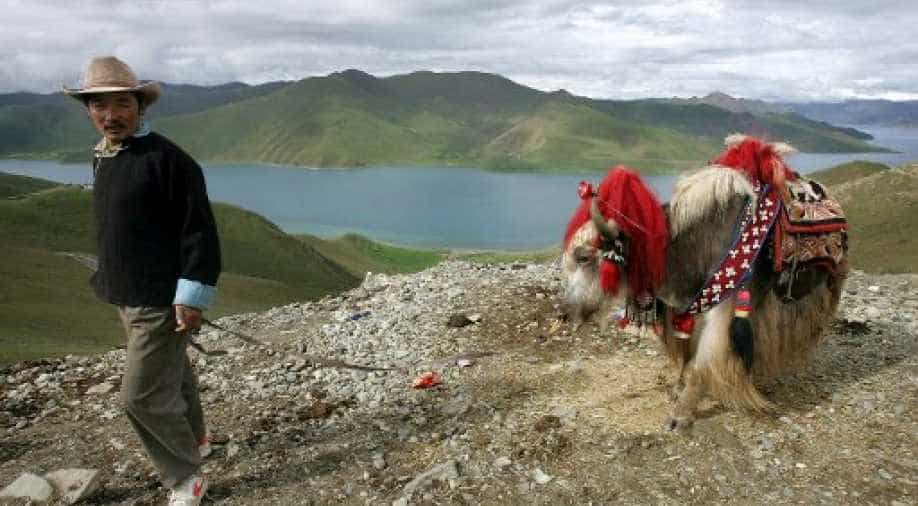 Tibet plans to raise its annual production capacity of drinking water to five million tonnes in the next three to five years. It currently produces 400,000 tonnes. In photo: A Tibetan herdsman walks his yak along Kambala Pass. Photograph:( AFP )

China has started transporting bottled water from Tibet to other parts of the country on Wednesday.

With Tibet being rich in water resources, China has planned to transport water to its inland areas.

On Wednesday, the first charter train, carrying 1,890 tonnes of bottled water in 35 carriages, left Tibet's capital city Lhasa to embark on a six-day journey to China's eastern province of Zhejiang.

Beijing plans to transport water to other cities as well, with Beijing, Qingdao, Zhengzhou, Guangzhou, Chengdu and Lanzhou being earmarked to be beneficiaries of the project.

It produced over 400,000 tonnes of natural drinking water in 2015, but high transport costs made it difficult to reach the inland market, the report said.

The new trains will facilitate trade in areas along the railway route and help Tibet shift its resource advantages into economic ones, said Yu Heping, it quoted a local official as saying.

Identifying its fresh water resources as a new sustainable economic pillar of growth, Tibet plans to raise its annual production capacity of drinking water to five million tonnes in the next three to five years, it said.