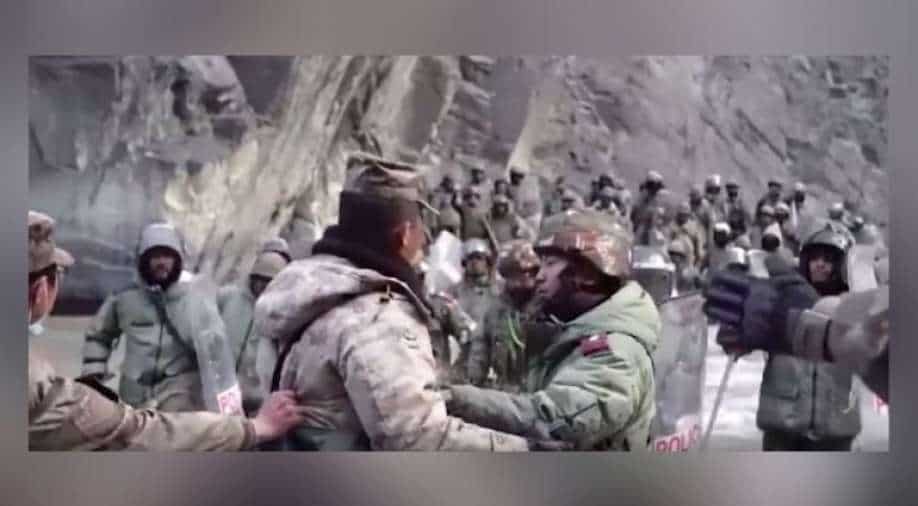 Chinese state media on Friday posted a propaganda video, claiming it to be the footage from the Galwan Valley clash last year in which 20 Indian soldiers had lost their lives.

The video, released by Global Times, comes on a day when Beijing for the first time acknowledged that five of its security personnel were also killed in the violent confrontation.

It said Chinese soldiers "fought bravely" and paid tributes to security personnel who lost their lives in the clash.

However, the video is a clear attempt by Beijing to push forward its propaganda as the footage does not provide any evidence that India incited the heated confrontation.

The background music in the video is also kept dramatic.

One of the main questions is: why did Beijing take so long in giving a number? Last year in July, the South China Morning Post had published some insights, reporting how China remains sensitive about military casualties.

It also said how the numbers had to be approved by Chinese President Xi Jinping himself before they are released.

The Chinese state media has begun spreading propaganda and is trying to paint India as the aggressor. The video released calls Indian soldiers "foreign military". In its daily press conference, China's foreign ministry amplified the narrative of Global Times.

These words lead us to only one question: if China really respects its martyrs, why did it wait for eight months to speak about them?