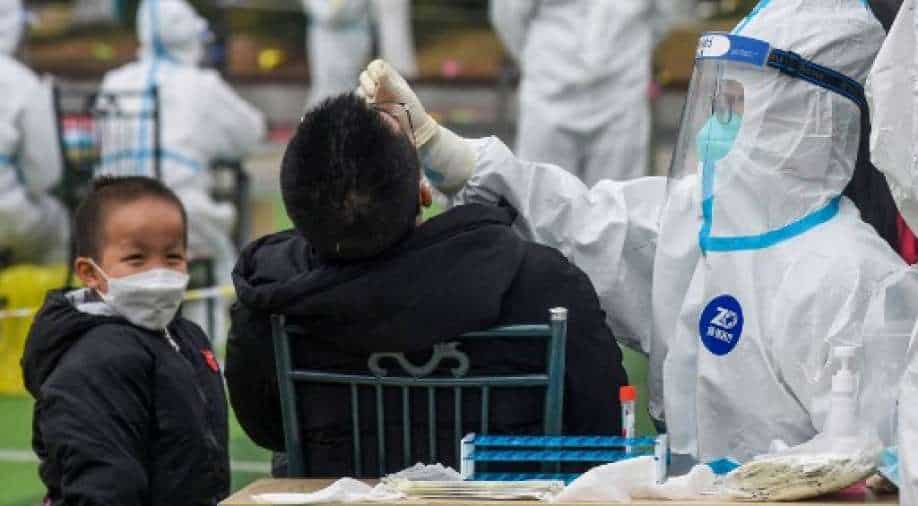 (File photo) A person being tested for the virus in Ningbo in China's Zhejiang province  Photograph:( AFP )

China has recorded a number of Covid cases that was highest since March 2020. Winter Olympics are just three weeks away

China on Monday recorded Covid cases that reached highest levels since March 2020. That this is happening mere three weeks before Winter Olympics has added to worry of the authorities.

With growing fears about the highly-transmissible Omicron strain challenging China's stringent approach to virus control, a senior health official told residents of the capital to "avoid buying goods from overseas" after saying a local case could have been infected by international post.

Coronavirus first emerged in China in 2019. The country has stuck to a strict policy of targeting zero Covid cases even as the rest of the world has reopened.

But its approach has come under sustained pressure in recent weeks with multiple clusters in key cities just as the Games are about to get underway in Beijing.

On Monday there were 223 more cases reported, including another 80 in the virus-hit port city of Tianjin, and nine more -- including cases of the highly transmissible Omicron variant -- in the southern manufacturing hub of Guangdong.

Athletes and officials have already started to land in the capital ahead of the Games, immediately entering a tightly controlled bubble separating them from the rest of the population.

But after a local Omicron case was detected in Beijing over the weekend, authorities also tightened regulations for arrivals from elsewhere in China.

The city is now demanding a negative test before travel and a follow-up test after entering, with residents urged not to leave the capital for the upcoming Lunar New Year holiday.

Some tourist sites have also been closed.