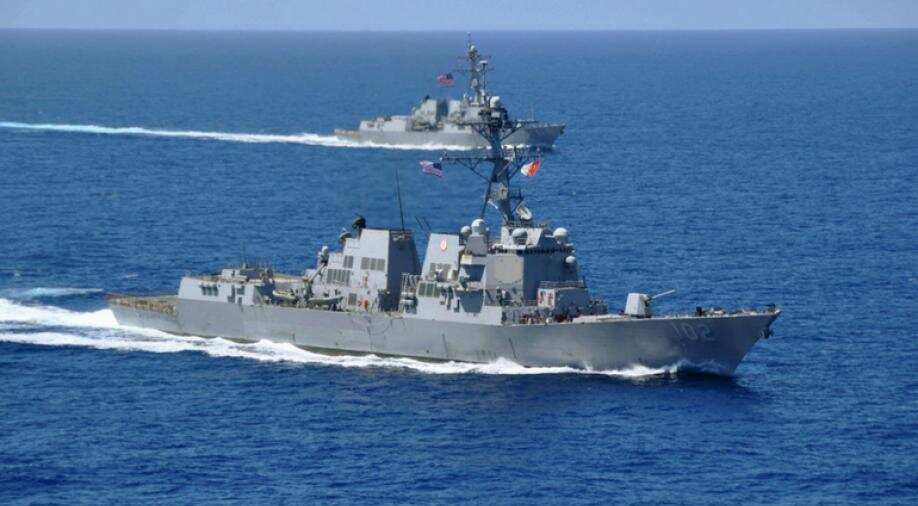 There has been a surge of activity by China in the South China Sea with navy ships, coast guard vessels and a naval militia of fishing boats in harassing vessels in waters claimed by Beijing.

China is using the coronavirus as a cover to push territorial claims in the South China Sea through a surge in naval activity meant to intimidate other countries that claim the waters, the commander of US Forces in Japan said on Friday.

There has been a surge of activity by China in the South China Sea with navy ships, coast guard vessels and a naval militia of fishing boats in harassing vessels in waters claimed by Beijing, said Lieutenant General Kevin Schneider.

"Through the course of the COVID crisis we saw a surge of maritime activity," he said in an interview. He said Beijing had also increased its activity in the East China Sea, where it has a territorial dispute with Japan.

US Secretary of State Mike Pompeo on Thursday criticized Chinese "coercion" in the disputed South China Sea, highlighting a divide with Beijing.

China says its maritime activities in the area are peaceful. The press office at the Chinese embassy in Tokyo was not immediately available to comment outside of normal business hours.

Japan hosts the biggest concentration of US forces in Asia, including an aircraft carrier strike group, an amphibious expeditionary force and fighter squadrons. In addition to defending Japan, they are deployed to deter China from expanding its influence in the region, including in the South China Sea.

The latest US criticism of China comes as relations have frayed amid accusations by Washington that Beijing failed to warn it quickly enough about the coronavirus. China has dismissed that criticism as an attempt by President Donald Trump's administration to cover up its own mistakes.

Beijing has built military island bases on reefs in the energy-rich South China Sea, in or near waters claimed by other countries, including the Philippines, Vietnam and Malaysia. It imposed a unilateral fishing ban until Aug 16.