China may roll out e-cigarette rules amid global vaping backlash 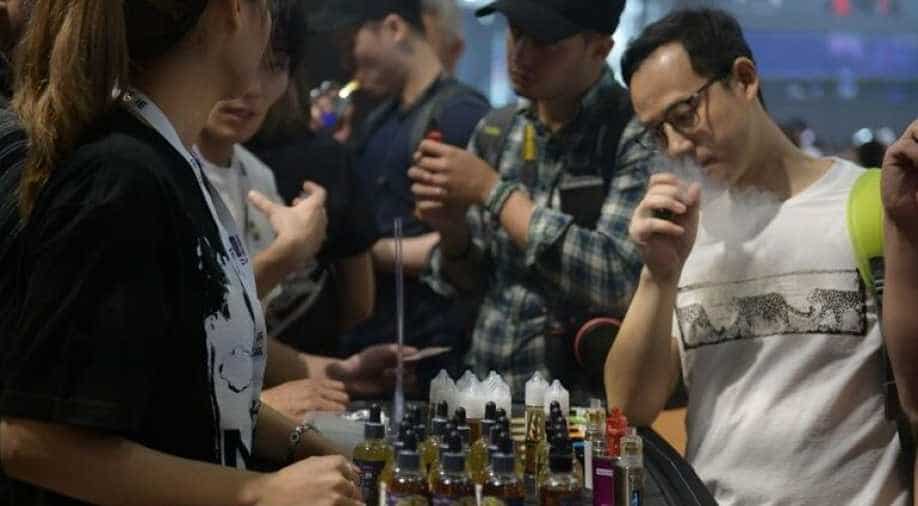 The report comes at a time when several other countries are taking steps to tighten regulations in the industry.

China, the world's largest tobacco market, may introduce rules for the e-cigarette industry as early as next month amid growing health concerns and reports that some products contain toxic elements, state media reported.

The e-cigarette market in China, which has over 300 million smokers, is still considered less developed compared with other nations. However, dozens of domestic manufacturers such as Relx, Yooz and SNOW+ have taken tens of millions of dollars in venture capital funding.

The regulations would cover e-cigarette devices, packaging and the liquids that are used in them, the semi-official China News Service reported on Monday, citing an unnamed source.

The report comes at a time when several other countries are taking steps to tighten regulations in the industry. Last week, India banned the sale, production and importing of e-cigarettes, while South Korea advised citizens to avoid vaping after reports of related illnesses in the United States.

Vaping has only been around for a decade or so, and the sudden outbreak of acute cases has surprised scientists who have been studying the long-term effects of the practice.

Several countries including Australia, Brazil and Japan have banned or have limited aspects of the e-cigarette market. The United States has announced plans to remove flavoured e-cigarettes from stores.

A bipartisan group of U.S. senators urged federal regulators last week to immediately remove all pod and cartridge-based e-cigarettes from the market until it can be proven the products are safe.

Many lawmakers have cited health experts who say flavours such as mint from popular e-cigarette companies have caused the surge in youth vaping.

China's National Health Commission said in July that studies indicate that e-cigarette components contain toxic elements and that some additives pose health risks, according to the China News Service report.

The regulations have been under development since October 2017, the report said.