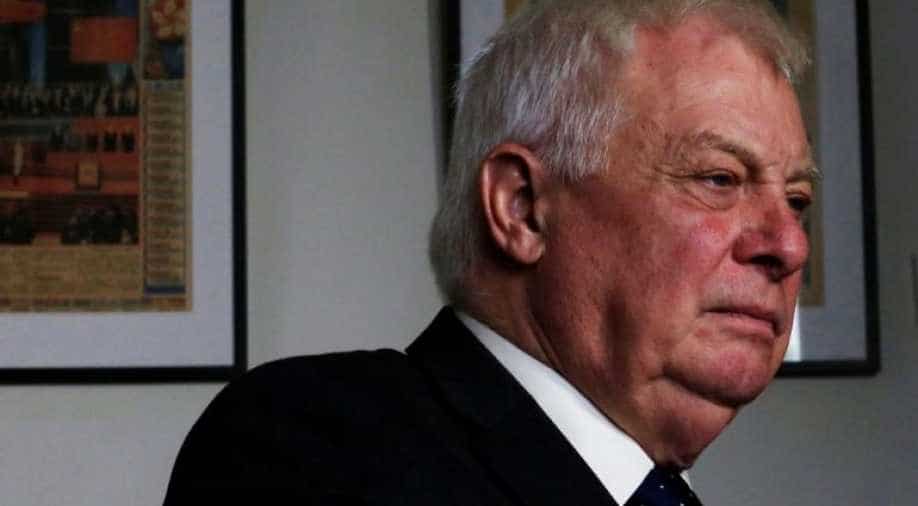 'We keep on kidding ourselves that unless we do everything that China wants we will somehow miss out on great trading opportunities,' said former Governor of Hong Kong.

Beijing is set to impose new national security legislation on Hong Kong. The decision was taken by China after there were pro-democracy protests last year in the city.

"We should stop being fooled that somehow at the end of the all the kowtowing there's this great pot of gold waiting for us. It’s always been an illusion. We keep on kidding ourselves that unless we do everything that China wants we will somehow miss out on great trading opportunities. It's drivel," the former governor said in an interview to a media organization.

The Britain, however, he feels had a moral, economic and legal duty to stand up for Hong Kong.

Hong Kong got freedom from the UK in 1997, after almost 150 years of being ruled by Britain.

Hong Kong's freedom was formed on the concept of 'one country, two principles'. However, Patten feels that this move is a new Chinese dictatorship, and the new security laws pose a threat to the declaration that was established between the then Chinese President and the then British Prime Minister.

The United States has branded the laws a "death knell" for the city`s autonomy and Britain has said it is deeply concerned by the legislation which it said would undermine the "one country, two systems" principle.
"What we are seeing is a new Chinese dictatorship," Patten said. "The British government should make it clear that what we are seeing is a complete destruction of the Joint Declaration."

United States President, Donald Trump, too has warned China that the Washington will take strict actions i China goes ahead with these new security laws.