China grants conditional approval to homegrown COVID-19 vaccine; to provide it free for all citizens 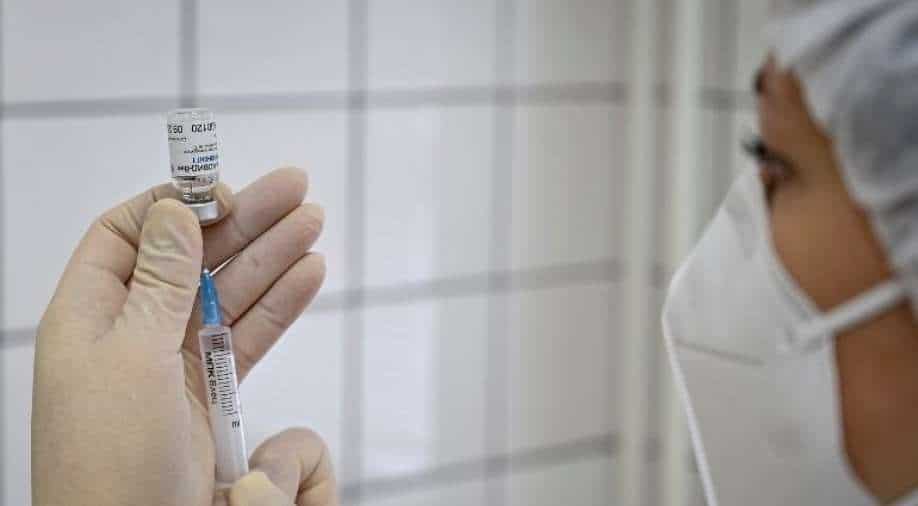 Xinhua also reported that Pakistan has decided to pre-book COVID-19 vaccine from Sinopharm for emergency use for healthcare workers.

China on Thursday said it will provide free COVID-19 vaccines to all citizens as it has granted conditional approval to the first homegrown vaccine developed by state-owned pharmaceutical firm Sinopharm.

The approval comes a day after Sinopharm said its vaccine showed 79.34 per cent efficacy and a 99.52 per cent antibody-positive conversion rate in the interim results of the Phase III clinical trials.

The National Medical Products Administration's drug registration bureau said earlier that a total of 11 Chinese vaccine candidates are in different stages of testing at home and abroad.

The announcement of China's approval for one of its vaccines came after the US authorised Pfizer and Moderna jabs.

Britain has approved the Oxford-AstraZeneca vaccine for use in the UK, with the first doses due to be given on Monday.

Russia too has approved its vaccine Sputnik-V.

Both Moderna's and the Pfizer-BioNTech vaccine have shown similar efficacy levels of nearly 95 per cent, which the official media here said was beyond predictions and drove up the public's expectation for Chinese inactivated vaccines.

"All Chinese people will receive this vaccine free of charge," sate-run Xinhua quoted the Zeng as saying.

After the COVID-19 vaccines are approved to enter the market, especially when production capacity increases, China will comprehensively vaccinate senior citizens, people with underlying conditions, and the general public in an orderly manner, he said.

"China will vaccinate the eligible population as widely as possible, and gradually build an immune barrier in the whole population to control the epidemic," said Zeng.

He added that 60 or even 70 per cent of the vaccination rate is needed to establish universal protection.

Xinhua also reported that Pakistan has decided to pre-book COVID-19 vaccine from Sinopharm for emergency use for healthcare workers.

It quoted a Pakistan's Ministry of National Health Services, Regulations and Coordination statement stating that it was decided that the Pakistani government will provide free COVID-19 vaccine for all frontline health workers in the first quarter of 2021, after procuring it from the Chinese company.

The CNBG chairman, Yang Xiaoming, stated that data on safety and efficacy collected so far in the Phase III clinical trials is better than expected.

Reported side effects of the vaccines are also milder than expected, Yang said.

The side effects of CNBG's inactivated vaccines include aches or redness at the injection site, fever, muscular soreness, sickness and headache, the Global Times report said.

To form an immunology barrier, it requires at least 700 million Chinese residents to be vaccinated, which means at least 1.4 billion doses are needed, Yang said.

Normally there would only be 500-700 million doses of vaccines available on the Chinese market every year, Yang said, adding that it would be a big challenge for China to conduct mass vaccination in such a short time.

He said CNBG's production capacity of COVID-19 inactivated vaccines has reached 120 million doses by the end of the year and it will expand to one billion doses per year in 2021.

China has established a complete cold-chain industry for vaccine delivery, he said.

Sinopharm's inactivated vaccines have been administered to nearly one million people for emergency use in China and no serious adverse reactions have been reported, the paper said.

About 70,000 volunteers have participated in the phase-III clinical trials in more than 10 countries, it said.

Wuhan, the central Chinese city where the coronavirus emerged a year ago before it became a pandemic, has started the emergency use of COVID-19 vaccine candidates on certain key groups of people from December 19.

So far, at least 10 provinces in China, including East China's Jiangsu province and South China's Guangdong province, have officially announced a vaccination plan for their residents.

The total number of confirmed COVID-19 cases on the mainland reached 87,052 by Wednesday, including 368 patients still receiving treatment, it said.

China has already joined the COVAX, an international vaccine alliance.

According to the WHO, nine candidate vaccines, including two from China, are currently being evaluated for inclusion in the COVAX facility.

The COVAX is co-led by Gavi, an international vaccine alliance, the Coalition for Epidemic Preparedness Innovations (CEPI) and the WHO.