China goes on overdrive, tests over quarter of a million people after two COVID-19 cases in Chengdu 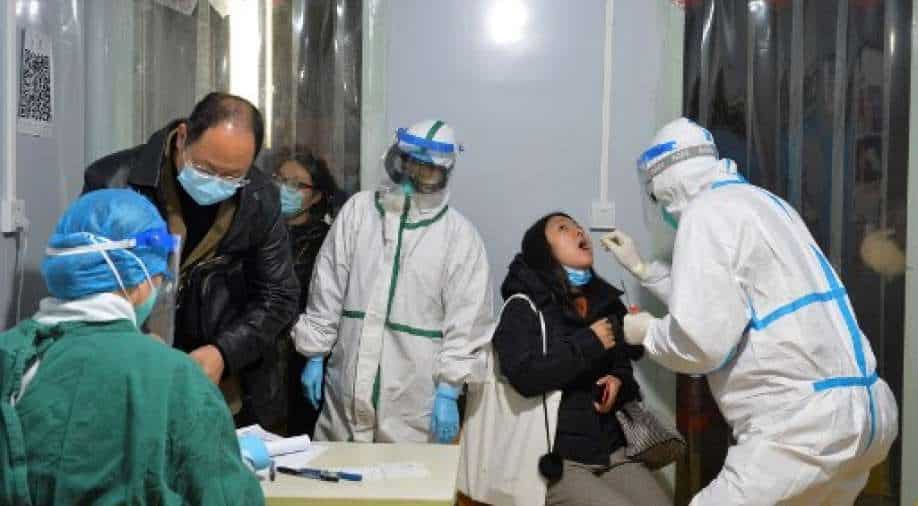 Reports said a 69-year-old woman was detected with the virus in Chengdu's Pidu district including her 71-year-old husband.

Chinese authorities tested over a quarter of a million people after two new coronavirus cases were detected in Chengdu city.

According to reports, at least 255,200 residents were tested after six confirmed cases were detected including one asymptomatic patient. The authorities said that an elderly woman was diagnosed with the virus on Monday as officials decided to conduct mass testing in the city.

Reports said a 69-year-old woman was detected with the virus in Chengdu's Pidu district including her 71-year-old husband and almost immediately the residents in the area were allowed to move around in the area only after taking special permission from authorities.

Health officials said the virus was reportedly detected in food stored in a fridge and on a chopping board in the flat. Local authorities quickly closed schools in the district where the virus was detected with students and teachers placed on quarantine.

Authorities quickly switched to mass testing as the virus was detected on Monday collecting over 24,000 samples on Tuesday and testing almost all of them, reports said as Taiping village was marked out as "medium risk" area.

According to the World Health Organization(WHO) there is no evidence to suggest that the virus can spread through frozen food.

The Chinese authorities had earlier said that in Tianjin the virus was detected in imported pig heads from North America, however, it could not be confirmed through independent analysis.

China has tested millions of people ever since the virus was first detected in Wuhan last year and authorities disclosed the first case on December 31, 2019, since then the virus has spread to over 65 million people with over 1.5 million casualties worldwide.