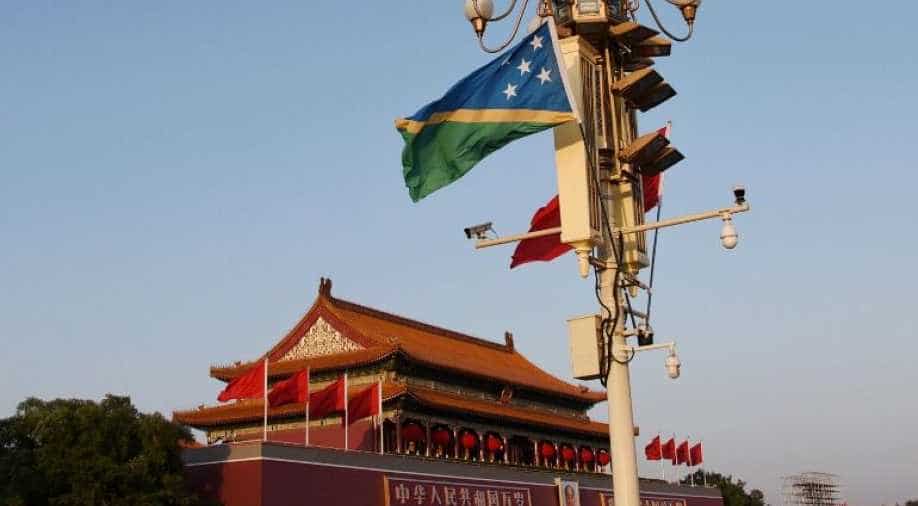 The Solomon Islands government said a deal signed by one of its provinces to lease the entire island of Tulagi to a Chinese company is unlawful and should be terminated.

There is nothing unusual about Chinese companies experiencing issues when investing in Pacific island states or elsewhere, China's Foreign Ministry said on Tuesday, after a rebuffed attempt by a Chinese firm to lease an island in the Solomons.

The Solomon Islands government said last week a deal signed by one of its provinces to lease the entire island of Tulagi to a Chinese company is unlawful and should be terminated, a move applauded by United States.

Details of the long-term lease between the Solomons' Central Province and China Sam Enterprise Group were made public shortly after the Pacific nation switched diplomatic ties to Beijing from Taiwan in September. The shift was strongly criticised by the United States.

Speaking at a daily briefing, Chinese Foreign Ministry spokesman Geng Shuang noted there had been a "fair amount" of media attention on the case, and that is was their understanding the local government had not sought permission for the project from the central government.

China has always told its companies they must respect local laws and international rules when operating abroad, and that they were encouraging the Chinese company involved in this case to talk to the Solomons government to "appropriately" resolve the issue, he added.

"I'd like to say here that it is very normal for Chinese companies investing in or looking for commercial opportunities overseas, including in the Pacific island state region, to maybe have some issues in this process," Geng said.

The United States, however, was "abnormally excited" about this particular case, with even the US Defense Secretary Mark Esper weighing in, looking to smear China's relationship with the region, he added.

"We no longer wonder at the sight of these cheap tricks, but can't help ask the Americans, do you really care about the interests of Pacific island states and their people? Or do you care more about your geopolitical interests? I think the US side should give a clear answer."

Though tiny in land mass, Pacific islands such as Tulagi have re-emerged as a strategic priority for the world's biggest nations, who are keen to lock-in alliances with countries that control vast swaths of resource-rich ocean between the Americas and Asia.

China, in particular, has in recent years expanded its financial and political influence in the Pacific, which have been a diplomatic stronghold for the United Sates and its regional allies since World War Two.

Esper had applauded the Solomons' decision to invalidate the agreement, which he applauded as "an important decision to reinforce sovereignty, transparency, and the rule of law".

Tulagi hosted US bases in World War Two and was the site of the Solomons' capital before it was moved to the island of Guadalcanal.