China denies Qingdao port visit for US warship amid tensions 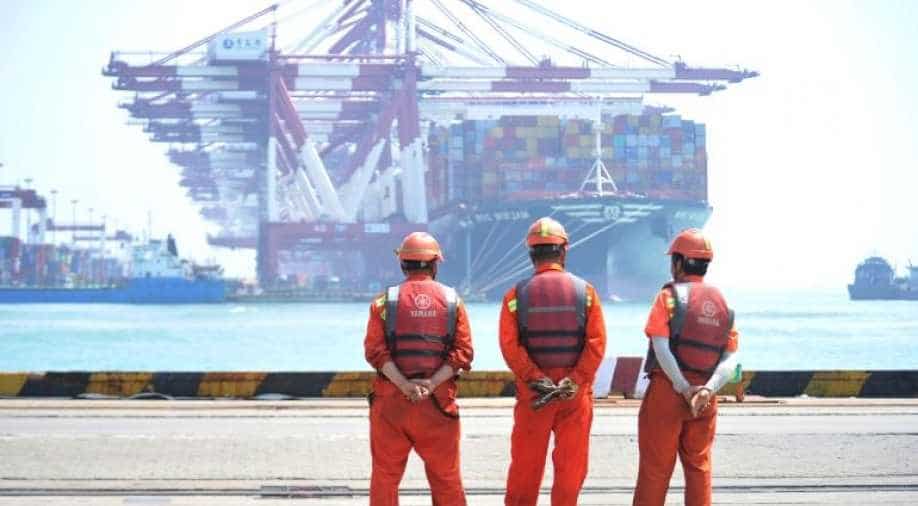 This marks at least the second time China has denied a request by the United States this month, having earlier rejected a request for two US Navy ships to visit Hong Kong, as the political crisis in the former British colony deepened.

China has denied a request for a US Navy warship to visit the Chinese port city of Qingdao in recent days, a US defence official told Reuters on Tuesday, at a time of tense ties between the world's two largest economies.

This marks at least the second time China has denied a request by the United States this month, having earlier rejected a request for two US Navy ships to visit Hong Kong, as the political crisis in the former British colony deepened.

The defence official, speaking on the condition of anonymity, said the destroyer was supposed to visit on Sunday but China denied the request prior to that.

US military warships have occasionally made visits to China, most recently in 2017, the defence official said. The last US Navy ship to visit Qingdao was the destroyer Benfold in 2016.

Asked why the US request was denied, the US defence official said the question should be directed to Beijing.

Chinese foreign ministry spokesman Geng Shuang, speaking at a daily news briefing in Beijing, said he had no understanding of the situation, and referred questions to the military.

China's Ministry of Defence did not respond to a request for comment.

A trade war between the world's two largest economies has damaged global growth and raised market fears that the world economy could tip into recession.

But, US President Donald Trump on Monday raised hopes for a deal that could de-escalate the tariff war.

Earlier this month, China denied a request by the US Navy transport dock ship Green Bay and guided-missile cruiser Lake Erie to visit Hong Kong. The proposed visit would have taken place at a time when anti-government protests in Hong Kong are posing the biggest challenge China's Communist Party rulers since President Xi Jinping took power in 2012. Authorities in Beijing have sent a clear warning that forceful intervention is possible to subdue the violence.

China's 2019 defence spending will rise 7.5 per cent from 2018, according to a budget report issued earlier this year, and its military build-up has raised concerns among neighbours and Western allies, particularly as Beijing has become more assertive in territorial disputes in the East and South China Seas and over Taiwan, a self-ruled territory Beijing claims as its own.

Last year, the US military put countering China, along with Russia, at the centre of a new national defence strategy, shifting priorities after more than a decade and a half of focusing on the fight against Islamist militants.