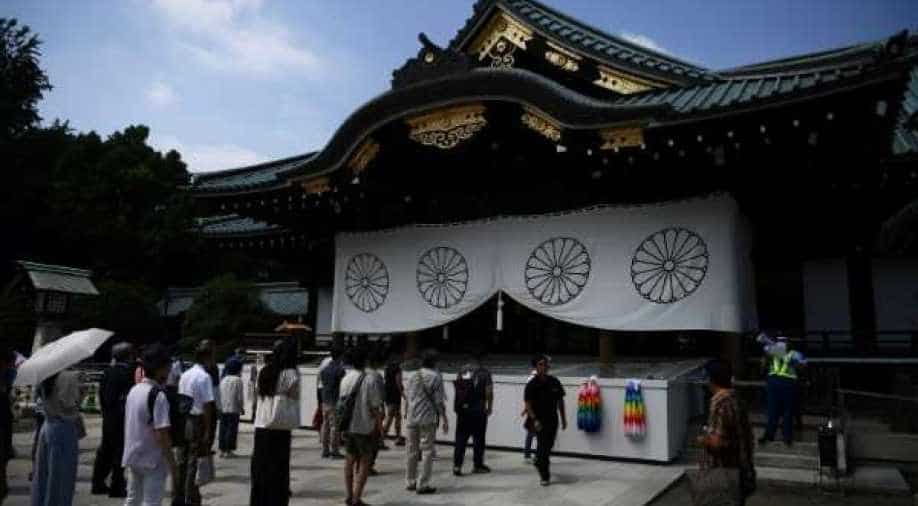 The Yasukuni Shrine is seen by Japan's neighbouring countries as a symbol of that country's past militarism, and remains a flashpoint for tension with China

China's Association of Performing Arts on Sunday called for a boycott of a Chinese actor after photos of him at Japan's controversial Yasukuni Shrine taken in 2018 and 2019 circulated online and sparked outrage among Chinese netizens and media.

The Yasukuni Shrine is seen by Japan's neighbouring countries as a symbol of that country's past militarism, and remains a flashpoint for tension with China.

The shrine honours Japan's war dead, including 14 World War Two leaders convicted by an Allied tribunal as war criminals. China, which was occupied by the Japanese from 1937 to 1945, takes offence at visits to the shrine.

"The misbehaviour of actor Zhang Zhehan severely harms national feeling and brings baneful influence to his young age-group audience. Hence, we demand members not to engage him in any employment," said the association in a statement on Sunday.

Zhang, 30, apologised on Chinese social media on Friday saying he is "ashamed of his ignorance". Still, state-backed People's Daily commented that Zhang should "pay a heavy price" for the "challenge of national dignity".

More than 25 companies in China, including U.S. beverage maker Coca-Cola Co and Danish jeweller Pandora A/S, have announced the termination of partnerships with Zhang.

Separately, China protested on Friday a visit to the shrine by Japanese Defence Minister Nobuo Kishi.

The visit showed "the wrong attitude with how Japan treated its history of invasion and its malicious intention in challenging the post-war international order," Wu said.

China has lodged stern representation to Japan on this matter, Wu said.