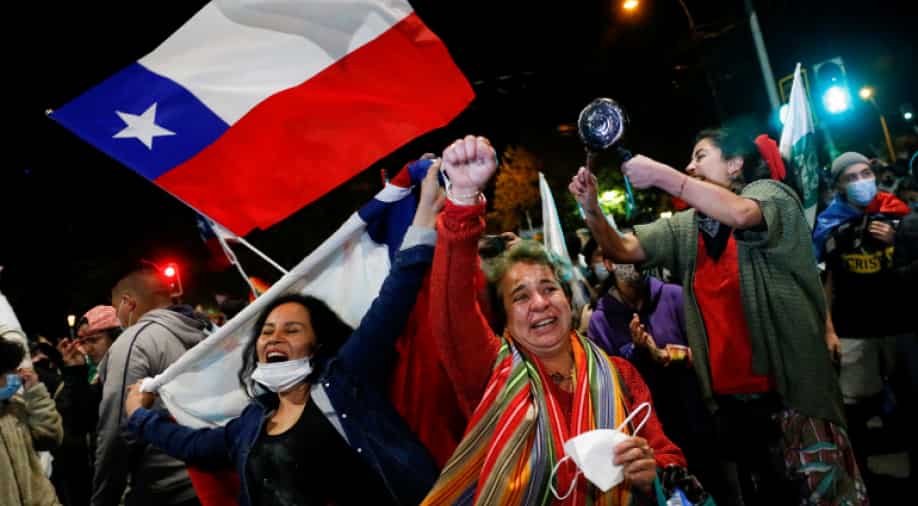 President Sebastian Pinera also accepted the result of the plebiscite, asking the nation to collectively work for a 'new constitution'

Thousands of Chileans celebrate across the country after there was overwhelming voting in favour of replacing dictatorship-era constitution in a referendum on Sunday.

There were celebrations across the country with thousands seen gathering on the streets of Santiago and blowing horns to celebrate the victory over dumping the constitution that was designed during the regime of 1973-1990 dictator Augusto Pinochet.

"I never imagined that us Chileans would be capable of uniting for such a change!" said Maria Isabel Nunez.

President Sebastian Pinera also accepted the result of the plebiscite, asking the nation to collectively work for a "new constitution".

"This plebiscite is not the end, it is the beginning of a path that we must all walk together to agree on a new constitution for Chile," Pinera said in a speech addressed from his Moneda Palace.

"Until now, the constitution has divided us. From today we must all work together so that the new constitution is the great framework of unity, stability and the future."