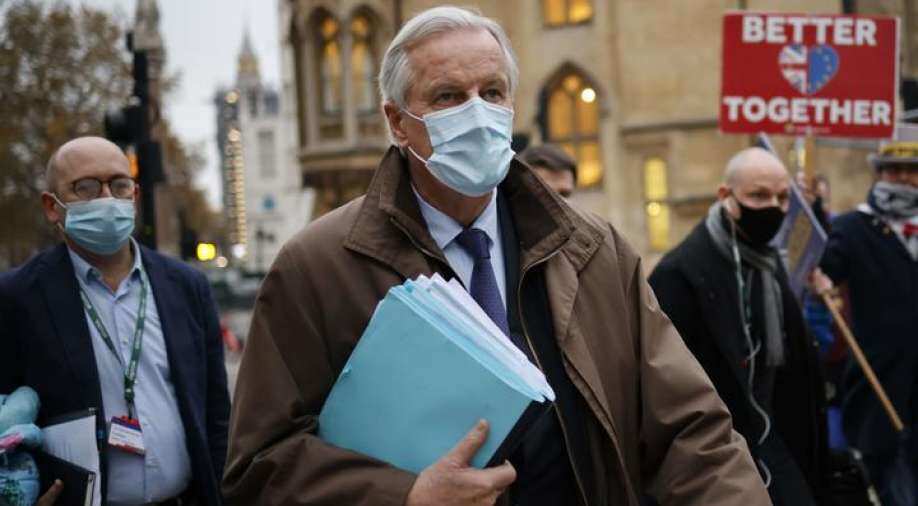 Britain left the European Union on January 31 and will leave the EU single market on December 31 at midnight, with or without a follow-on accord.

Chief EU negotiator Michel Barnier has said that post-Brexit trade talks were on, and that only a few hours were left to reach an agreement with Britain.

"It's the moment of truth," Barnier told the European Parliament.

"We have very little time remaining, just a few hours to work through these negotiations... if you want this agreement to enter into force on January 1."

Barnier, who headed into last-ditch talks with his UK counterpart David Frost immediately after meeting MEPs, said fisheries remain the main sticking point. British companies trading in other areas would "remain stable in their rights", he said, but EU fishing crews would lose out on guaranteed access.

"I think I've always been frank with you, and open and sincere. I cannot say what will come up during this last home straight of the negotiations. We have to be prepared for all eventualities," Barnier told the MEPs.

Britain left the European Union on January 31 and will leave the EU single market on December 31 at midnight, with or without a follow-on accord.

Without a trade deal, cross-Channel trade will be conducted on basic WTO rules and 47 years of economic integration will be disrupted by tariffs on goods.