Chicago colder than Antarctica: -40 °C temperatures forecast for US Midwest 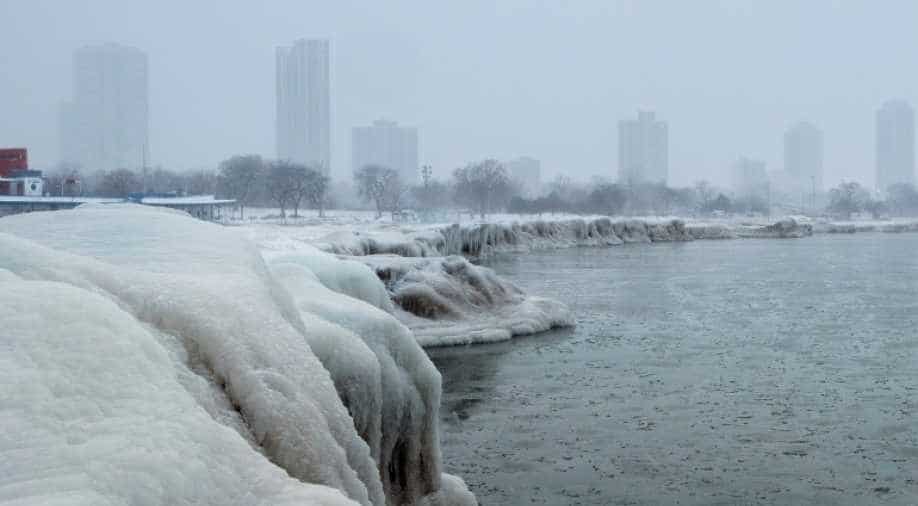 The cause of the severe cold is a swirl of arctic air that has broken away from the polar vortex that usually encircles the North Pole. Companies meanwhile have told their workers to stay home, schools are closed and hundreds of flights have been cancelled.

Tens of millions of people in the United States are bracing for a potentially life-threatening deep arctic chill forecast to hit swaths of the country on Wednesday.

Companies have told their workers to stay home, schools are closed and hundreds of flights have been cancelled.

The US Postal Service — known for its commitment to bringing the mail whatever the weather — has even reportedly suspended deliveries in Iowa due to the severe cold.

Temperatures in almost a dozen states stretching more than 1,200 miles (1,930 kilometres) from the Dakotas to Ohio were forecast to be the coldest in a generation, if not on record.

"One of the coldest arctic air mass intrusions in recent memory is surging south into the Upper Midwest before spreading across much of the eastern two-thirds of the country," the National Weather Service said.

The cause is a swirl of arctic air that broke away from the polar vortex that usually encircles the North Pole.

The National Weather Service forecast temperatures between -10 to -40 degrees Fahrenheit (-23 to -40 °C) by Wednesday across the Midwest, with wind chills making it seem as cold as -65 degrees Fahrenheit in one area of Minnesota.

Chicago, America's third largest city, was expected to be colder than parts of Antarctica.

Authorities in Illinois, Michigan and Wisconsin put emergency measures in place to handle the frigid weather.

"We need everyone to do your part and make sure you and your families are prepared," said Illinois Governor JB Pritzker.

Americans were asked to stay home if possible Wednesday when temperatures are expected to be at their coldest.

"People exposed to extreme cold are susceptible to frostbite in a matter of minutes," warned the NWS.

Lawrence Gottlieb of the University of Chicago Medical Center said the threat was significant "when temps fall below zero, especially when there is a strong wind."

Some 160 warming centres were opened in Chicago, where temperatures could potentially equal or exceed the all-time record of -27 degrees Fahrenheit. With the wind chill, it would feel like -40 °C or -50 °C, officials said.

In Minneapolis, officials allowed residents to stay on public buses and trains for warmth.

(A man walks along the Chicago River (top) and a pedestrian stops to take a picture of the river. Photos: Reuters)

In the northeastern and southern United States, snow was falling.

A cold emergency was declared in the US capital Washington, with additional services put on for the homeless.

In Atlanta, some 300 flights were cancelled Tuesday as the city prepares for the Super Bowl and more than 400 were cancelled in Chicago, a major regional hub for US airlines.

In Canada, the icy temperatures — stretching from Manitoba in the western Prairies region to the Atlantic seaboard — prompted a rare "hazardous" cold warning from the government.

Environment Canada reported record-breaking snowfall at the Ottawa airport, where some 50 flights were cancelled, with an accumulation of nearly a meter (more than three feet).

An additional 200 flights were cancelled at Toronto's airport.

Scientists say climate change is causing more extreme weather, and one theory for polar vortex chills is that arctic air currents usually trapped around the North Pole are weakened and dislodged by a warming climate.

President Donald Trump used the occasion to again voice skepticism about climate change, tweeting: "What the hell is going on with Global Warming? (sic) Please come back fast, we need you!"

But the National Oceanic and Atmospheric Administration, which operates NWS, tweeted, "Winter storms don't prove that global warming isn't happening," with a link to a 2015 explanatory article.