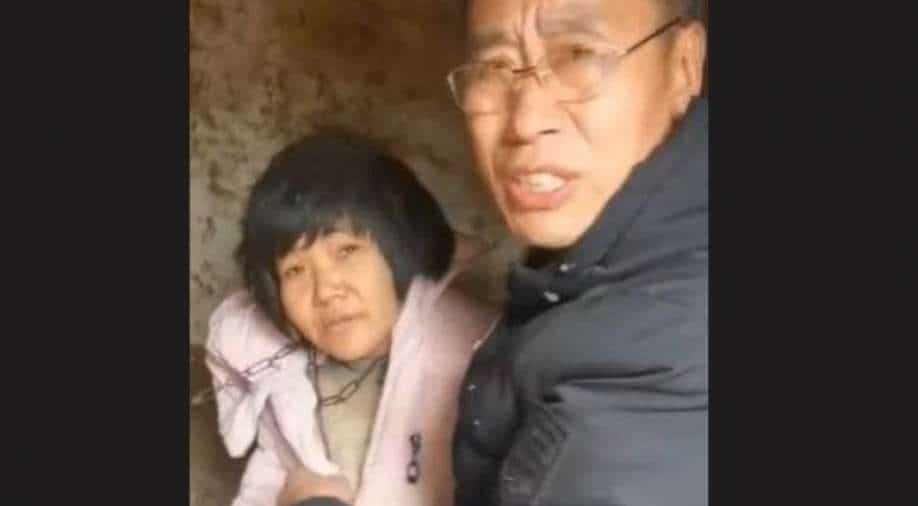 Chinese authorities have claimed that a mentally ill woman who was found in chains is a victim of human trafficking. In a video that went viral, the woman was shown chained around her neck.

In connection with the case, two people have been arrested so far.

The TikTok video of the woman in China's Xuzhou village in Jiangsu shocked netizens in the country and led to widespread anger.

Initially, the officials dismissed trafficking claims. However, the anger of netizens kept up the pressure as some continued making daily calls for an investigation. Netizens also raised suspicions about kidnapping and abuse.

The woman was immediately taken to the hospital after her circumstances were made public by a Chinese vlogger. As per officials, she was diagnosed with schizophrenia.

Earlier, the authorities claimed that the woman had developed mental illness and engaged in violent behaviour. The family decided to keep her separate from their home while putting her in a small hut.

The woman had apparently married a man named Dong in 1998 as reports claimed. Bloggers on China's social media claimed that the kids have been relocated, but it hasn't been confirmed by authorities.