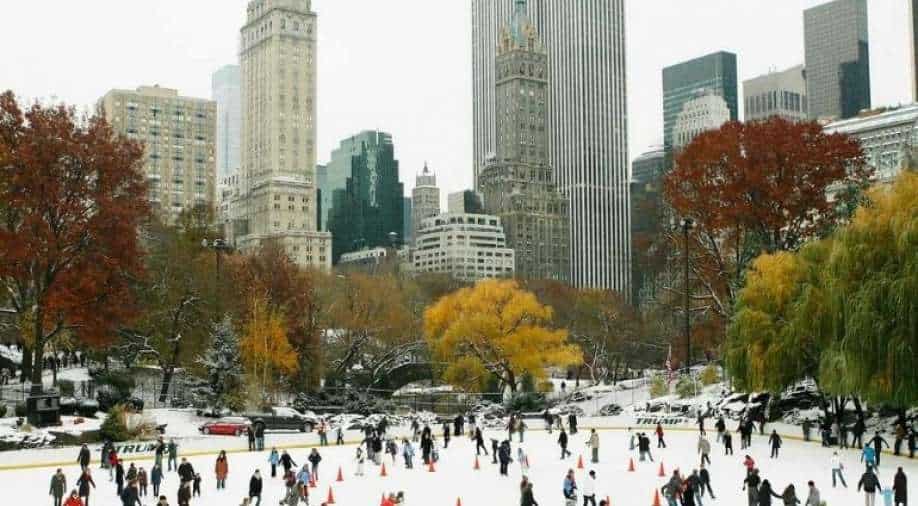 The Trump Organization, which has run the rinks since the 1980s, said city officials had ordered the company to clear out by Feb. 26, ahead of the current contract’s expiration in April, and said it needed to shut a few days earlier

Wistful skaters descended on Central Park on Sunday for what they thought would be their last outing on the ice for the season, after the Trump Organization abruptly announced that the two ice rinks there would close as the city moved to end its contracts following the Capitol riot.

But after complaints mounted throughout the day over the loss of a precious venue for outdoor entertainment and exercise during the pandemic — and as some New Yorkers, despite former President Donald Trump’s unpopularity in his home city, faulted City Hall for ending the contracts early — Mayor Bill de Blasio’s office said Sunday evening that the rinks would stay open for the season.

“New York City kids deserve all the time on the ice they can get this year,” the mayor’s press secretary, Bill Neidhardt, said in a statement. “The Wollman and Lasker rinks will stay open under current management for the few weeks left in this season. But make no mistake, we will not be doing business with the Trump Organization going forward. Inciting an insurrection will never be forgotten or forgiven.”

Wollman Rink and Lasker Rink — memory-makers for generations of New Yorkers — will be open as usual Monday, city officials said.

Trump’s company had blamed the city when it had said the rinks were to close at the end of business Sunday. The Trump Organization, which has run the rinks since the 1980s, said city officials had ordered the company to clear out by Feb. 26, ahead of the current contract’s expiration in April, and said it needed to shut a few days earlier.

It was unclear why the city had set that deadline; bids are not due until March 19 in the competitive process to select a new operator for Wollman, and Lasker had been expected to shut for renovations, but not until the spring.

As skaters thronged to the rinks Sunday in sunny, wintry weather, many dished out criticism of both Trump and de Blasio.

There was even a moment of politically tinged mayhem on ice. At Wollman, near the park's southern end, an employee tackled a man who was skating with a 20-foot “Trump 2024” flag, wearing what appeared to be a “Make America Great Again” cap. Several witnesses said the man had cursed at employees and refused to leave the ice.

But mostly, the atmosphere at both rinks was calm, if melancholy, with skaters expressing regret at news of the shutdown. “I wish the politics didn’t get involved in it,” Reuben Katz, 11, said. He was wearing a New York Islanders sweatshirt and waiting with his family at Lasker, near the northern end of the park.

De Blasio said last month that the city would terminate the rinks’ contracts in response to the Jan. 6 riot at the Capitol and would seek other vendors to operate the sites.

The Trump Organization has vowed to fight the move in court; de Blasio has said the city had the right to cancel the contracts because the violence in Washington qualified as criminal activity.

Eric Trump, the former president’s son and the executive vice president of the Trump Organization, said closing the rinks would leave 250 people out of work.

“Why — to try and get back at a person who sits on a different side of the political aisle who now lives in Florida,” he said in a statement Sunday. “Let’s cancel kids’ hockey programs, skating schools and shut them down six weeks early … that will show Trump.”

Complaints about the disruption had appeared to transcend politics.

“As lifelong Democrats, we are disappointed that de Blasio would play politics and shut down a COVID-friendly activity for city kids,” said Gideon Katz, 46, Reuben’s father.

Several hand-drawn signs had been posted near Wollman’s entrance, including “We ️(Love) Wollman Rink!” and “SAVE OUR RINKS.”

The Trump supporter with the 20-foot flagpole did two laps, ignoring and then cursing employees who politely asked him to leave, said David Cheung, 66, from Queens. Then, in a scene captured on video, he knocked down an employee who tried to move him off the ice as a bystander cried, “No violence!”

“He purposely instigated this thing. If he carried a Biden flag here, they would’ve kicked him out exactly the same,” said Cheung.

The rinks serve casual skaters, children’s hockey teams — including a free one for low-income children — and tourists. The city is also canceling the Trump Organization’s contract to run a third classic New York site, the Central Park Carousel, known for its antique carved wooden horses; it has been closed by city order during the pandemic.

The company operates a golf course in the Bronx, Trump Golf Links at Ferry Point. The city said that contract is more complex and could take more time to terminate.

Trump was once seen as the savior of Wollman Rink, which first opened in 1950 and closed in 1980 for renovations, only to languish for six years.

In 1986, a far different time for Trump and his hometown, he was lauded for bringing the rink back to life.

Trump had offered to do the work without seeking a profit. In the end, his company oversaw the renovations, and city officials said the work came in under budget.

The reopening came three years after Trump Tower opened on Fifth Avenue, enhancing Trump’s celebrity status, especially after Trump won the rinks’ operating contract and added his name to the rink before “Wollman.”

Trump and his associates grumbled at the time about the city’s insistence that they would have to operate Lasker, which was not then profitable, as well as Wollman, which was.

Trump often emphasized that he had finished the Wollman renovations ahead of his own schedule and spun the success as proof that business could move faster than government.

Then as now, there was much debate over his interpretation, but the tale helped build the can-do reputation he parlayed into his character on “The Apprentice,” and later the presidency.