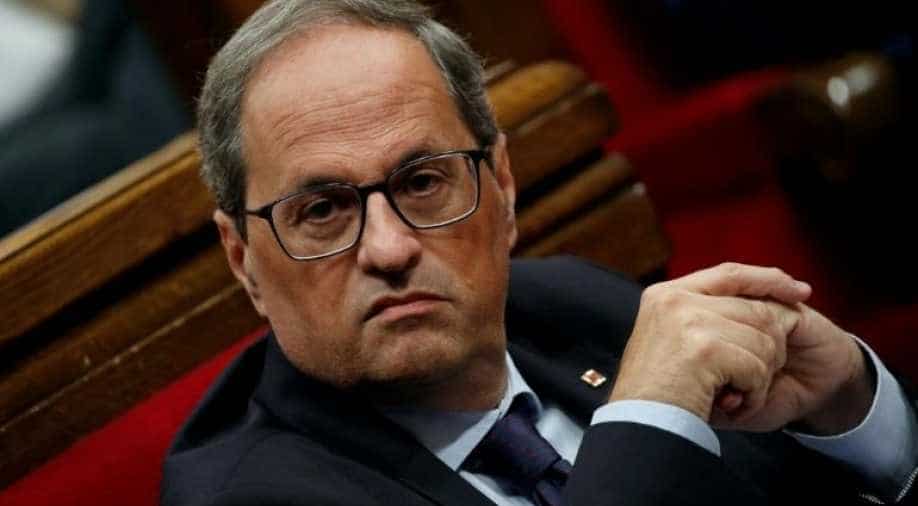 Catalans have been looking for an opportunity to establish Catalonia Republic, and this has provided them with one of the best times to voice their opinion

The three separatists parties have denied to recognize King Felipe VI, the serving monarch as a leader. The parties voted in favor of the motion which criticises the decision of Juan Carlos to go into exile without any discussions, especially amid controversies.

The representatives passed a proposal of “Catalonia is a republic and does not want a king” by 69 votes in favor and 65 against.

“Neither Spaniards nor Catalans deserve such a loud and ridiculous scandal on an international scale,” Catalan leader Quim Torra told the regional parliament in a special session that he called to discuss the monarchy.

the 82-year-old left the country few days ago to an undisclosed location, and since then the Spanish and international media has been guessing his location — some of which have been Portugal, the Dominican Republic and Abu Dhabi. The only confirmed thing till now is that the ex-Spanish monarch left the country on a private jet on Monday.

“We Catalans do not have a king and we do not want one,” Torra said. “What authority will we have to enforce the rules against corruption if we accept a royal family that escapes when they are investigated after taking millions and millions of euros in terrible business commissions?”

Catalans have been looking for an opportunity to establish Catalonia Republic, and this has provided them with one of the best times to voice their opinion.

Juan Carlos had been under fire in Spain and Switzerland over suspicions surrounding a multi-billion high-speed Saudi train contract won by Spanish firms, all of the allegations that had been declined by Carlos' representative.