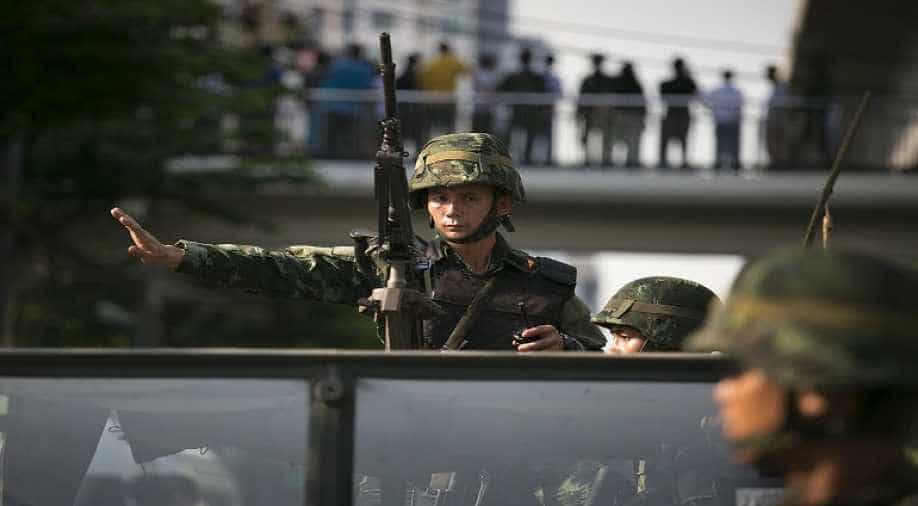 Thailand's military, which seized control of the country in a 2014 coup, has touted efforts to jump-start peace talks with the rebels. Photograph:( Getty )

Follow Us
A car bomb exploded at a major checkpoint in Thailand's insurgency-torn south on Tuesday wounding two officers, police said, the latest in a spate of attacks across the Muslim-majority region.

The border area has languished under more than a decade of violence between the Buddhist-majority state and shadowy Muslim rebels seeking greater autonomy for the culturally distinct provinces.

Near-daily shootings and roadside bombs have left more than 6,500 dead since 2004, most of them civilians.

Tuesday's car bomb, a less frequent form of attack, was the second to strike the region in less than two weeks.

"The bomb was hidden inside a pick-up truck. The suspects drove and parked the truck at the checkpoint before fleeing," said Lieutenant Colonel Sompong Rongyang, a police officer at the scene in Nong Chik, a district in Pattani province.

"Two policemen sustained injuries and were sent to the hospital," he said of the attack, which left the vehicle engulfed in flames and sent plumes of smoke streaming into the sky.

Deep South Watch, a Thai NGO that monitors the conflict, said there has been an uptick in violence during the final weeks of the Muslim fasting month of Ramadan this year, though the toll is lower than in 2015.

Twenty-two people were killed and 47 injured over the past month, compared to 49 killed and 90 wounded during last year's Ramadan, according to the watchdog.

Thailand's military, which seized control of the country in a 2014 coup, has touted efforts to jump-start peace talks with the rebels.

But there has been little progress.

Critics have cast doubt on the junta's peace bid, pointing to a history of rights violations in the region that have bred a deep mistrust of the military among locals.

Details on the inner workings of the insurgents are scant, as groups in the loose network rarely make public statements or claim responsibility for attacks.