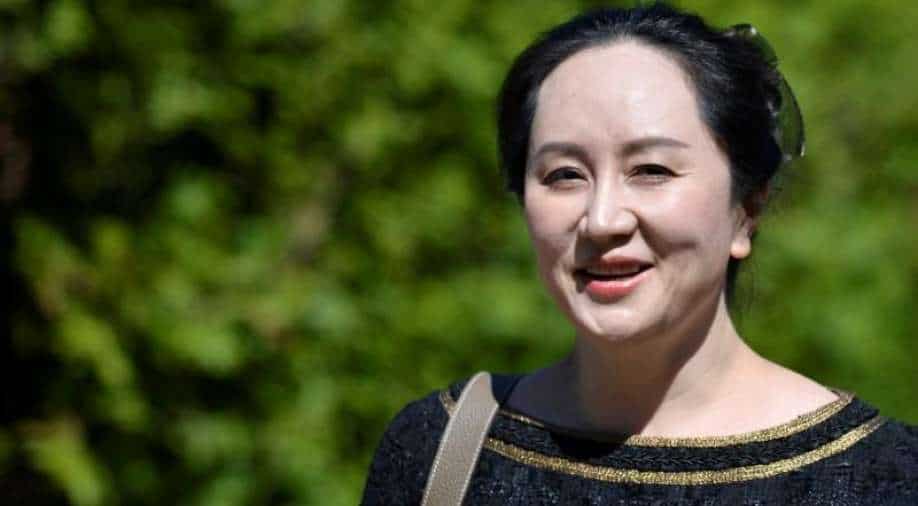 Meng, chief financial officer of the Chinese telecom giant, was arrested on December 1, 2018 at the Vancouver airport by Canadian authorities acting on a US warrant.

The Canadian police supervisor in Huawei Chief Financial Officer Meng Wanzhou's arrest two years ago denied on Wednesday that police directed border authorities to hide from Meng that she was the target of an arrest warrant while they questioned her.

Meng, chief financial officer of the Chinese telecom giant, was arrested on December 1, 2018 at the Vancouver airport by Canadian authorities acting on a US warrant.

For two years she has been fighting extradition to the United States, where she faces fraud charges related to the company's activities in Iran in breach of US sanctions.

Her lawyers have tried to derail the extradition procedure by arguing that Meng's rights were violated during her arrest, which Canada denies. This month's hearings have heard from police and customs officers involved in her arrest.

The defence have said that the daughter of the Huawei founder was interrogated for three hours without her lawyer and without being told why, and had to give the passwords to her electronic devices to customs officials, who passed them on to Canadian federal police.

Police then sent them to US Federal Bureau of Investigation agents, according to the defense, which denounced "collusion" between the two bodies.

At Wednesday's hearing, defense lawyer Scott Fenton accused Royal Canadian Mounted Police (RCMP) Sergeant Janice Vander Graaf of telling border officials to hide a sealed indictment and arrest warrant from Meng when she was interrogated on the day of her arrest.

The documents would have made her aware she was entitled to a lawyer.

Meng was interviewed for three hours by Canadian border officials before being arrested by the RCMP. Border agents wrote down serial numbers and passcodes for her devices.

Meng has said she is innocent and is fighting the extradition, arguing the abuses of process that her lawyers say occurred violated her civil rights and should invalidate it.

Vander Graaf testified on Wednesday that neither she nor any fellow officers requested the passcodes from the CBSA.

Witness testimony is set to last until Friday, with the potential for two to three more days scheduled in December.

Meng's extradition hearing is expected to wrap up in April 2021.