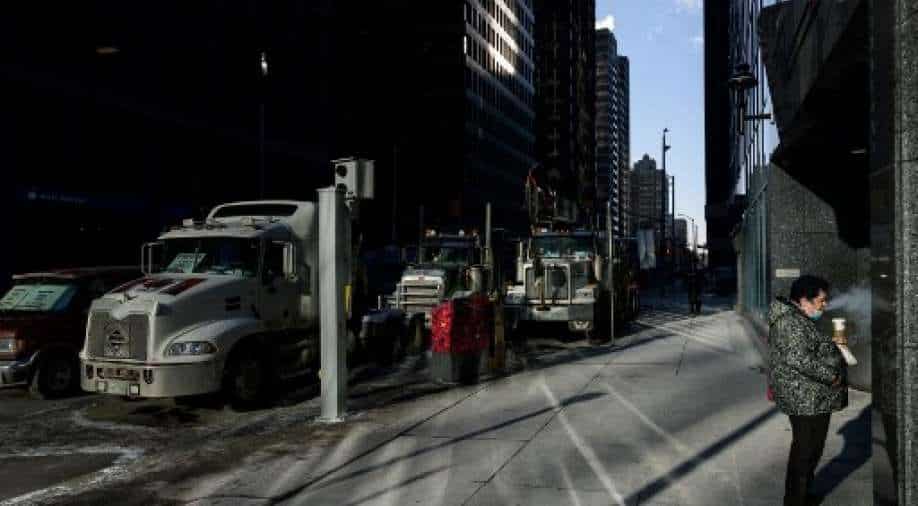 Trudeau said he was invoking the Act for the first time since it became law in 1988 to negate the impact of ‘Freedom Convoy’ protests.

The protests began when a group of truckers moved into Ottawa, Canada's capital, on January 29, clogging the streets surrounding the Parliament building and other areas of downtown in opposition to a new mandate requiring them to be fully vaccinated when crossing the Canadian-US border or face a two-week quarantine.

The demonstrations shut a main economic corridor between Canada and the United States for six days before it was reopened on Sunday.

What is the Emergencies Act?

The rule gives the government temporary powers to impose special restrictions on public assembly and travel. It gives the federal government power to implement temporary measures to ensure safety and security during national emergencies.

A declaration of a public welfare emergency allows the government to regulate the distribution of essential goods, decide what are essential services, and impose fines on violations of the act. It sets out a compensation scheme for those who suffer damages as a result of its application.

Trudeau said the government is not overriding the charter of rights and freedoms, nor limiting the right to peaceful assembly.

"We are not preventing people from exercising their right to protest legally," he added.

What are the key provisions of the act?

Financial institutions will now have the power to freeze personal or corporate accounts they believe are being used to fund illegal protests.

The government is also taking action on crowd-funding sites and the payment service providers they use, requiring them to register with the Financial Transactions and Reports Analysis Centre of Canada and report any large suspicious donations, including digital payments and cryptocurrencies.

The government said that some sites have raised millions of dollars.

The act will broaden the scope of the government's anti-money laundering and terrorist financing rules to cover crowdfunding platforms.

The emergency measures would also allow the government to order towing companies to provide their services to clear blockades.

Trudeau said the measures would be “geographically specific and targeted only to where they are needed.” They will also be “time limited”.

How many times has the Emergencies Act been imposed?

The Emergencies Act, earlier known as the War Measures Act, has been used only three times in the country’s history.

The first time it was used during the two world wars and in 1970 by Trudeau's father, late prime minister Pierre Trudeau, after militant Quebec separatists kidnapped a British diplomat and a provincial Cabinet minister.

Justin Trudeau considered using the act at the start of the pandemic.

How can the act be invoked?

The Canadian Parliament needs to approve the act, once promulgated, within seven days of the government invoking the emergency measures. Parliament also has the power to revoke its approval.

Trudeau's Liberal minority government needs help from the opposition to pass his use of the act in Parliament.

On Monday, New Democrat leader Jagmeet Singh said his left-leaning party would be willing to back the move if it means ending the protests.

Any temporary laws made under the act can be challenged in court and are subject to the Charter of Rights and Freedoms of Canada's Constitution.