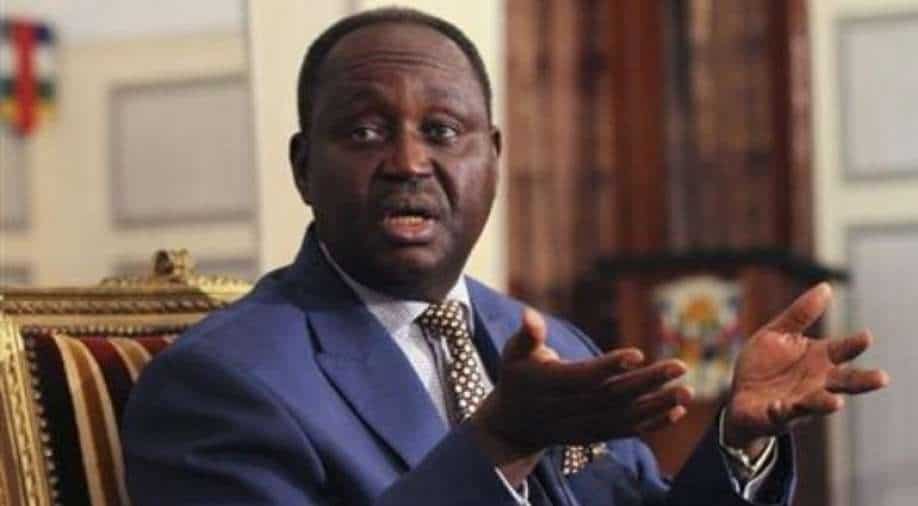 An opposition coalition in Central African Republic on Sunday called for postponement of elections a week before the vote, as the party of ex-president Francois Bozize denied claims that it was attempting to stage a coup.

The Coalition of the Democratic Opposition (COD-2020) made the call a day after the government said Bozize intended to march on the capital with his men, as a separate group of rebel forces seized control of key routes to Bangui.

Newly consolidated rebel forces control a huge chunk of the country and their recent surprise announcement of unity has heightened tensions ahead of the December 27 presidential and legislative elections.

The Central African Republic has been struggling with instability and inter-communal fighting since 2013. Violence has receded in intensity in the last two years, but rival militia groups hold sway over two-thirds of the country.

The statement from the opposition coalition, which was until recently led by Bozize, "demanded the postponement of the December group elections until the re-establishment of peace and security".

COD-2020 includes the main parties and movements opposed to President Faustin-Archange Touadera, who is expected to win a second mandate in the election.

On Saturday, leaders of the three main armed rebel groups occupying large areas of the Central African Republic announced a coalition, called the Coalition of Patriots for Change (CPC).

They urged members to "scrupulously respect the integrity of the civilian population" and to allow vehicles belonging to the United Nations and to humanitarian groups to circulate freely.

UN peacekeepers deployed in response to the fresh attacks, as UN Secretary-General Antonio Guterres appealed for calm and called on all sides to ensure credible elections and peace.

The 11,000-strong MINUSCA force warned Saturday it would "use all means at its disposal including planes to prevent violence."

Bozize's KNK party denied the former leader wanted to carry out a putsch.

"We categorically deny that Bozize is at the origin of anything," party spokesman Christian Guenebem told AFP. "The government has always wanted to undermine the physical and political integrity of Bozize."

The government said Saturday that Bozize was near the city of Bossembele, about 150 kilometres (90 miles) northwest of Bangui and intended to march on the capital with his men.

"Why take up arms against your countrymen?" President Faustin-Archange Touadera asked at a rally in Bangui Saturday.

"The national election authority and Constitutional Court have guaranteed that the elections will be held as scheduled," he added.

Bozize, back after years in exile, has been barred from running in the election by the country's top court, as the CAR had sought him with an international arrest warrant on charges including murder, arbitrary arrest and torture.

The 74-year-old, who came to power in a coup in 2003 before himself being overthrown in 2013, said on Tuesday that he accepted the court's decision.

The CAR spiralled into conflict when Bozize, a Christian, was ousted as president by the Seleka, a rebel coalition drawn largely from the Muslim minority.

That coup triggered a bloodbath between the Seleka and so-called "anti-Balaka" self-defence forces, mainly Christian and animist.

France sent its army to intervene in its former colony and after a transitional period, elections were staged in 2016 and won by Touadera.