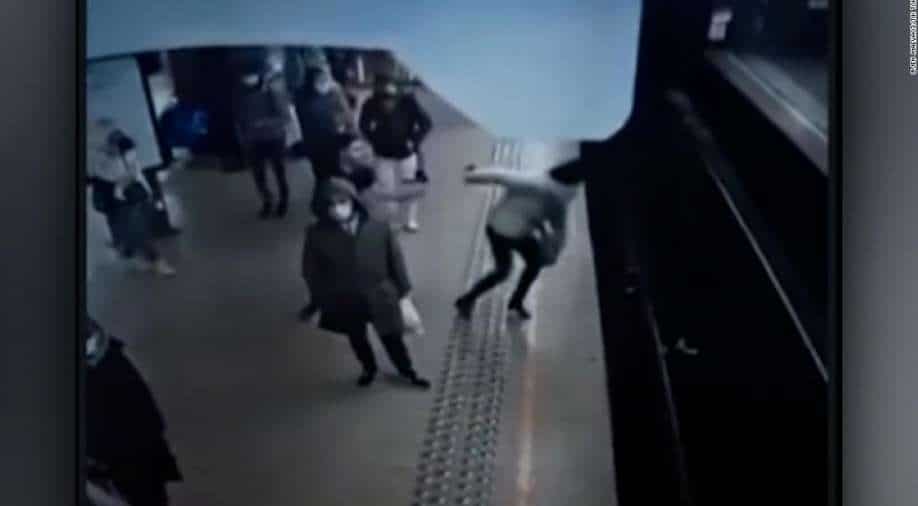 By the time the police arrived, the victim had already been rescued by witnesses and the attacker fled along the tracks

A man from Brussels has been detained on suspicion of attempted manslaughter after he pushed a woman in front of an approaching train at a metro station. The woman, however, managed to survive as the driver pulled his brakes in a matter of a few seconds.

The police was then called at the Rogier metro station around 7:45 pm local time.

The public prosecutor's office in a statement to CNN said, "It appears that a young man, after walking back and forth on the platform, pushed a woman on the metro tracks as a metro was approaching the station."

"The driver, warned by other people on the platform, was able to stop the metro before it hit the victim. Thanks to the quick intervention of the metro driver, not a single passenger in the metro was injured."

By the time the police arrived, the victim had already been rescued by witnesses and the attacker fled along the tracks. However, he was stopped after some time at the Brouckere station.

He has now been placed in the custody of the Brussels public prosecutor.

The investigation is still ongoing to determine the motive of the attacker.