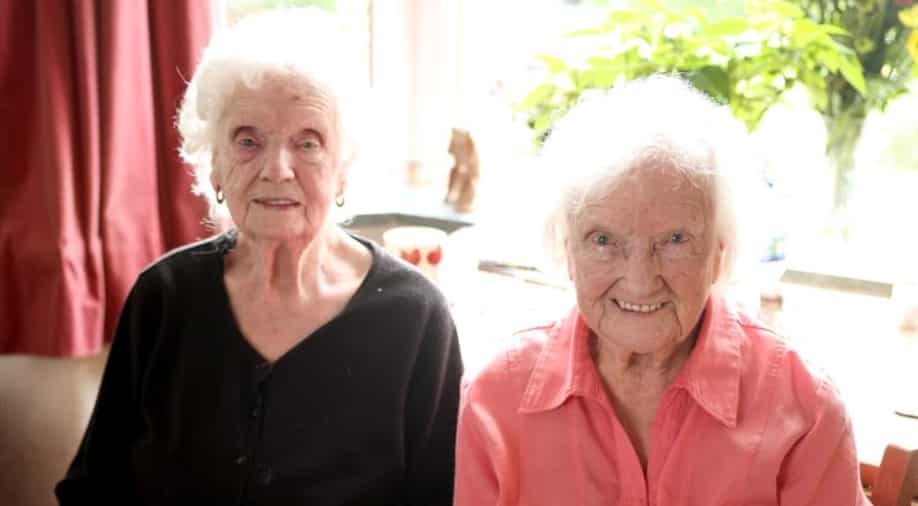 The two sisters were born in the Stockport area of Greater Manchester in 1919, with Elma being the older one, arriving half an hour early than her sister Thelma.

Food and drinks. What else does one need to enjoy life when you have these two items? British twin sisters Elma and Thelma certainly believe in this school of thought. Recently, the pair of sisters celebrated their 103rd birthday on Wednesday (August 3), supposedly making them the oldest British twins. However, they also shared their secret for leading such a long life.

While Thelma joked that her longevity was down to her love for food, Elma stated that she always enjoyed her glass of brandy, which should be served without ice. Elma also added that she enjoys a nice glass of lemonade every now and then.

Kept apart for over two years due to the pandemic, the sisters gathered with their families to celebrate their birthdays. Reportedly, Stockport's Mayor David Wilson also attended the celebrations and called the milestone 'incredible'.

"It's so wonderful. I didn't expect all this. It feels great. I'm happy," said Elma, before her sister, Thelma added, "It's lovely to be together because we don't get together very often."

The two sisters were born in the Stockport area of Greater Manchester in 1919, with Elma being the older one, arriving half an hour early than her sister Thelma.

Both attended the Alexandra park School together and later worked as packers and labellers at a company named Smiths Crisps. Both got married afterwards at the age of 21 and started raising their respective families, having two kids in the process.

Now, at 103, both have multiple grandchildren and a loving family that adores and cherishes them. Talking about their bond, which has kept them close throughout the years, Elma added, "We didn't really need a friend because we had each other. We did have loads of friends, but you know what I mean?"