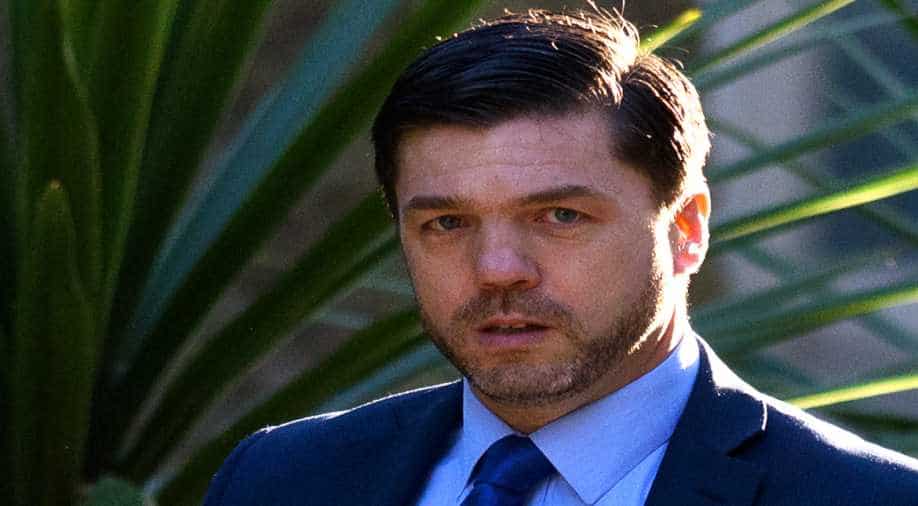 Crabb has been dubbed the "blue collar ticket" by some newspapers. Photograph:( Getty )

Follow Us
The first candidate to put himself forward to succeed David Cameron as British prime minister, Stephen Crabb, has said a top priority for him would be to take back control of immigration policy.

Crabb, the work and pensions secretary in Cameron's government, had supported a "Remain" vote in last week's referendum on the European Union, which saw Britain vote to leave the bloc by 52 to 48 percent.

Cameron, who led the Remain campaign, has announced his resignation and a leadership contest will now take place in the ruling Conservative Party to elect his successor by early September.

"We cannot allow this leadership election to be defined by divisive labels like 'Remainer' and 'Brexiteer'," Crabb wrote in a column in the Daily Telegraph newspaper, calling on Conservatives to unite.

Crabb said the people's verdict on the EU was clear and there would be no going back. A second referendum revisiting the issue was out of the question, he wrote.

"I want to lead a government that delivers on the expectations of the 17 million people who voted for Britain to leave the EU," he wrote.

"One of the overwhelming messages from that vote was the need to take back control of immigration policy in the UK. So for me, freedom of movement is a red line."

The Remain camp had argued that if Britain wanted to retain access to the European single market, which it presented as crucial for its economy, it would have to come to a compromise over freedom of movement which is a key principle for the EU.

A former state school pupil who was brought up by his single mother in a social housing home and once worked as a building site labourer,Crabb has been dubbed the "blue collar ticket" by some newspapers.

His background contrasts dramatically with those of Cameron and of Boris Johnson, the former mayor of London who is seen as the frontrunner in the leadership contest, both of whom attended Eton, an elite private boarding school, and Oxford University.

Nominations must be submitted by Thursday. Apart from Johnson, the other senior figure widely expected to join the fray is Home Secretary Theresa May.