British economy reaches back above pre-COVID level for first time 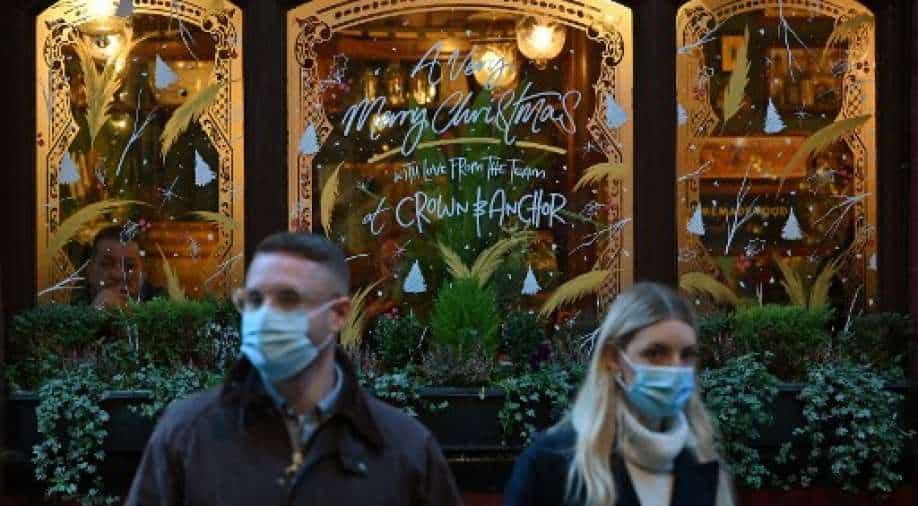 Pedestrians with face masks outside a pub in London Photograph:( AFP )

According to statisticians, the world's fifth-largest economy grew by 0.7 percent in February 2020, but analysts point out that the data has been overtaken by events, with the impact of the virulent coronavirus strain likely taking a toll.

Before the Omicron variant struck in November, the UK economy had increased faster than projected, returning to pre-pandemic levels for the first time.

The Office for National Statistics (ONS) reported that gross domestic product (GDP) increased by 0.9 percent in November, compared to 0.1 percent in October.

The holiday season made a significant contribution to the economy's rebound.

The ONS claimed that an increase in restaurant bookings and a quick turnaround in building output were also factors in the expansion, which lifted the economy's size by 0.7 percent above its March 2020 level.

City economists predicted a 0.4 percent expansion and that November would be a high point in 2021, with the ONS data arriving just as the Omicron variant took hold, increasing workforce shortages and prompting the government to impose plan B limits.

It followed a 0.2 percent rise in October.

Another factor driving the rise in GDP, according to the ONS, was the continued expansion of health services as a proportion of economic activity.

Business organisations cautioned that the economy remained sluggish in the face of growing inflation and the Bank of England's threat of raising interest rates.

Despite the acceleration in growth in November, GDP is likely to have suffered a knock in December as the Omicron coronavirus type spread over the world.