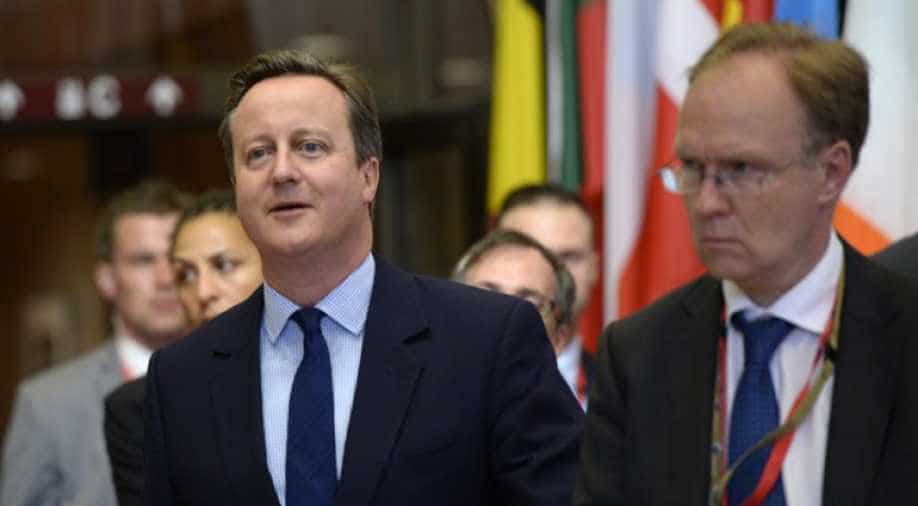 Britain's ambassador to the European Union, Ivan Rogers, has resigned less than three months before the UK is due to trigger the process to leave the bloc, a source told AFP.

Last month, he reportedly told British ministers that other EU countries believed it could take up to 10 years to negotiate a new trade arrangements with the departing UK. But Prime Minister Theresa May's spokesman insisted a deal could be done within two years that would allow Britain to trade with and operate within the single European market.

Rogers headed the United Kingdom Permanent Representation to the European Union (UKRep), which represents Britain in negotiations that take place in the EU. "His resignation is not a surprise for those who work with him," a European diplomat told AFP.

"He was very competent, but not convinced by the Brexit decision and the British government line, leading the UK into an area of dangerous uncertainty."

In the June 2016 referendum, 52 per cent voted for Britain leave the EU.

May intends to trigger Article 50 of the EU's Lisbon Treaty, giving formal notification of Britain's intention to leave the bloc, by the end of March. This begins a two-year countdown after which Britain will leave all the institutions and the single market unless alternative arrangements have been agreed.

'Not a good thing'

Rogers had been in his post since November 2013, having previously served as prime minister David Cameron's Europe adviser since 2011.

Aled Williams, the former spokesman for Britain's EU embassy, said Rogers' departure was a "big loss" to the Brexit negotiations. "Not many Brits know the ins and outs of Brussels better than Sir Ivan," he said.

"Sir Ivan never sugar-coated his advice: had the credibility to tell his political bosses how he saw it in Brussels."

"The government will have to get its skates on to make sure there is a replacement in place so he or she can work with Sir Ivan in the transition, the handover," he said.

"But the hard work is going to start very soon, because if Article 50 is triggered, as the government says it wishes to, by the end of March, then negotiations will probably begin shortly thereafter. And having a handover in the middle of that, depending on when exactly he goes, is not ideal."

'Too much of a pessimist'

The office of Michel Barnier, chief Brexit negotiator on behalf of the European Commission, did not wish to comment. However, Arron Banks, who chaired the Leave.EU campaign group in the referendum, welcomed the resignation.

"This is a man who claimed it could take up to 10 years to agree a Brexit deal," he said.  "He is far too much of a pessimist and yet another of the establishment's pro-EU old guard. He has at least done the honourable thing in resigning. It's time now for someone who is optimistic about the future that lies ahead for Brexit Britain. Enough talk, we need to get on with getting out."