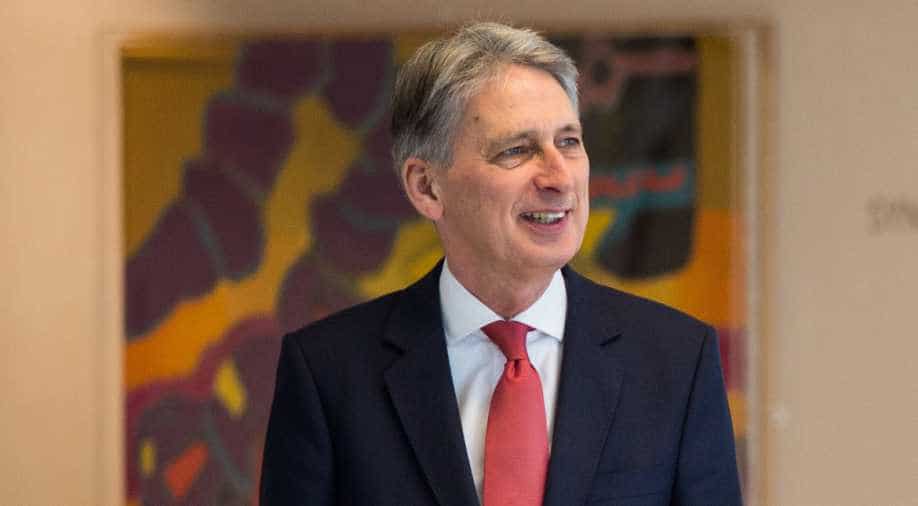 Hammond said Britain did not want to close its doors completely to EU citizens who wanted to work in the UK. Photograph:( Getty )

Britain could change its economic model to regain competitiveness if it were to leave the European Union without an agreement on market access, British finance minister Philip Hammond said in a German newspaper interview published on Sunday.

In a thinly veiled threat that Britain could use its corporate tax as a form of leverage in Brexit negotiations, Hammond told Welt am Sonntag he hoped Britain would remain a European-style economy with corresponding tax and regulation systems.

"If we have no access to the European market, if we are closed off, if Britain were to leave the European Union without an agreement on market access, then we could suffer from economic damage at least in the short-term," he said.

German Chancellor Angela Merkel has said the EU must consider limiting Britain's access to its market if London fails to accept the bloc's 'four freedoms' in Brexit negotiations.

The EU's single market emerged from the 1992 Maastricht Treaty on European integration. This enshrines the EU's "four freedoms" - of movement of goods, capital, people, and services.

British Prime Minister Theresa May has repeatedly said she will not reveal her Brexit negotiating strategy before triggering Article 50 of the EU's Lisbon Treaty, a step expected by the end of March.

May has said she wants Britain to regain control over immigration, restore its sovereignty and also establish the best possible trading relations with the EU.

But senior EU leaders have warned Britain there could be no "cherry picking", and Merkel has urged the 27 remaining EU states not to allow themselves to be divided.

Hammond said in the interview Britain had not taken a firm position yet on what form of immigration controls it wants.

"But we are aware that the message from the referendum is that we must control our immigration policy," he added.

Hammond said Britain did not want to close its doors completely to EU citizens who wanted to work in the UK.

"Clearly we need people to come and work in our economy to keep it functioning," Hammond said. "But we must have overall control."