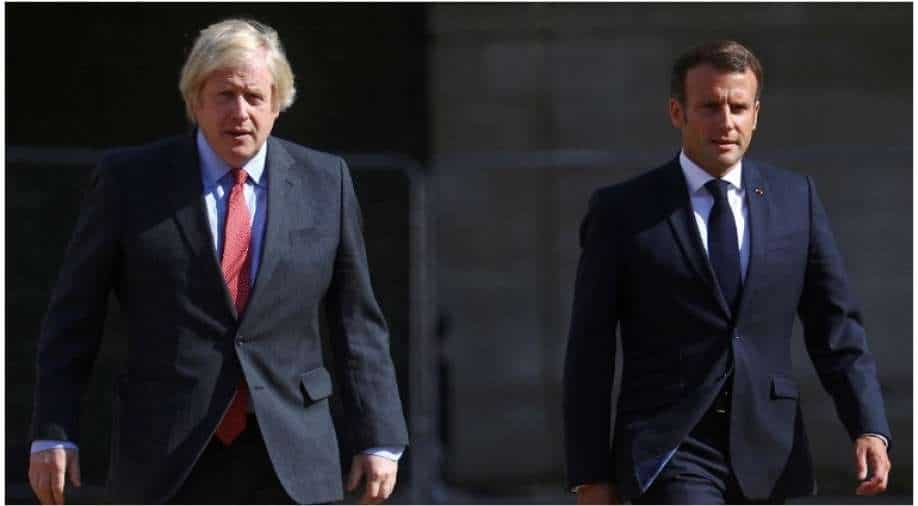 How did Europe's iron brothers come to a standoff? And where do things go from here? Why are Britain and France sparring?

The oldest sparring partners of Europe are at it again. They've fought over colonies, they have fought over the seas. And now they are fighting over fish.

It does sound trivial but there's big money in fishing. And right now the stakes could not be higher.

So how did Europe's iron brothers come to a standoff? And where do things go from here? Why are Britain and France sparring?

Because of the most shoddy bit of deal-making in modern history: Brexit.

Last week, Britain and the EU ratified a post-Brexit agreement. It talks about a new fishing regime in the English channel. This is the waterway that separates Britain from France.

Before Brexit, fishing rights weren't an issue. All EU states shared one common fishing area. But the whole point of Brexit was to change this system. So Britain took back control of its waters. The new agreement allows french fishermen to keep using the channel.

But there is a condition. They can't be first timers. The fishermen must have a history of fishing in British waters.

Now the French say their rights are still being restricted. Not in mainland Britain, But in a crown dependency to the south, the island of Jersey.

Jersey is very close to France, just 22 kilometres away from it. Its distance from mainland Britain is almost 140 kilometres.

A little over 100,000 people live here. And they have their own parliament under the Queen of England. The UK government is responsible for Jersey's defence.

Last Friday, Jersey granted 41 fishing permits. But the fishermen say the permits violated the Brexit agreement. They say additional requirements were added at the last minute. So what did they do?

They gathered their boats and swarmed Jersey. By Thursday morning, 25 French trawlers had arrived. They were threatening to block Jersey's Saint Hellier port.

"We're not happy with the licensing restrictions they handed out to us, we should have had licences to fish as we wished without any restrictions, restrictions on the species. But they impose a restriction on days, some boats will only be able to fish one type of fish when they used to fish three or four," said French fisherman, Laurent Blondel.

But they were not alone in these waters. Britain has deployed two Royal Navy ships to Jersey. HMS Seven and HMS Taymer. They are both armed with two large guns and a short-range anti-aircraft weapon.

What exactly is their mission? Right now, nothing. Downing Street says the ships are there to observe.

Boris Johnson has pledged his unwavering support to Jersey. He says any blockade would be unjustified, but so are naval deployments.

That too over fish.

These are men with fishing nets and harpoons. Hardly a mission for the Royal Navy.

And what about the French? How have they reacted, or over-reacted?

"As you know, the agreement provides for retaliatory measures and these measures of retaliation we are ready to use. Europe, France, has means – they are inscribed in the agreement. In so far as jersey is concerned, I'll remind you, for example, of electricity transportation via undersea cable. So we have the means and even if I regret that we could get to this point, we'll get there if we must," said Annick Girardin, French maritime minister.

The minister is talking about cutting off electricity to Jersey. Most of the island's power comes from France. Almost 95 per cent. It is delivered through three underwater cables.

France is threatening to turn off this tap. They have also deployed a naval patrol of their own.

If this was the Red Sea or the Gulf, we would be having a different discussion.

But this is the English channel. The chances of France and England having a skirmish are practically nil.

But it does reveal the lack of political maturity in Europe. Thursday was election day in Britain. Local body elections.

Some critics say Boris Johnson wanted to flex his muscles ahead of voting. In France, Macron is up for reelection next year. He wants the fishermen on his side. But above all, this standoff is a direct outcome of shoddy dealmaking. The UK just wanted Brexit to be over.

The result was this a lot of contentious issues were ignored. You see, striking a deal and implementing it, are two different things.

And this is just the start of Britain's worries. Because to the north, an even bigger standoff awaits. That of Northern Ireland.

But that's a discussion for another time.