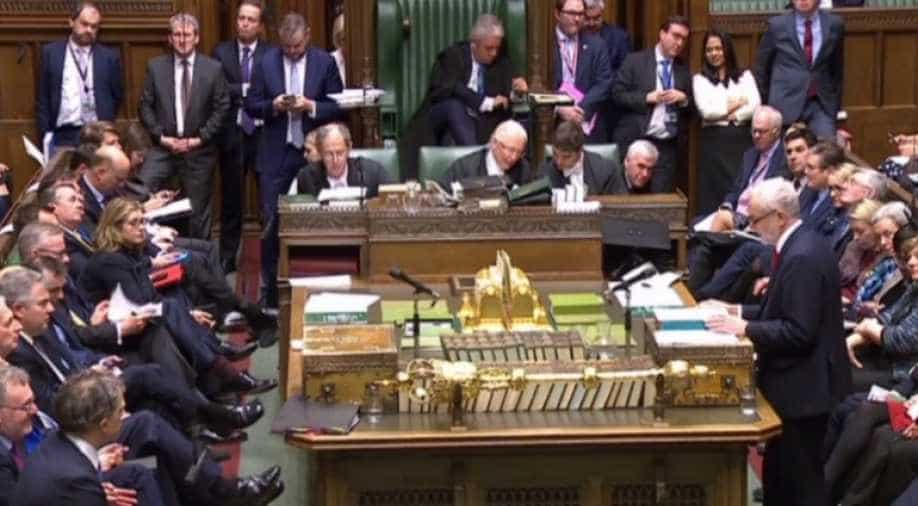 The result leaves Britain with no plan and in turmoil just 73 days before its scheduled divorce date.

In the Brexit-voting town of Redcar in northeastern England, residents voiced dismay at the political infighting that threatens to delay Britain's departure from the EU and called on politicians to "make this work for the country".

"I think they're behaving like children," said one resident, Mark Blakey, a day after British MPs voted overwhelmingly against a Brexit deal agreed with Brussels in a humiliating blow for Prime Minister Theresa May.

The result leaves Britain with no plan and in turmoil just 73 days before its scheduled divorce date.

"There's a lot of political infighting, a lot of people trying to go for the top job and for their own self-serving benefits rather than thinking right," said Blakey.

"They need to, quite frankly, grow up, see what the situation is and come together with a proper plan across the parties," said Blakey.

"What we need to do is make this work for the country."

Redcar, a once-prosperous industrial seaside town that has fallen on hard times, voted by 66 per cent in favour of leaving the European Union in the shock 2016 referendum.

It also traditionally votes Labour, illustrating the dilemma faced by the main opposition party, which also has many anti-Brexit supporters who want a second referendum.

Redcar's story is one of economic decline from its heyday.

It used to have a small tourism economy that died out with the 1960s and the advent of cheap foreign travel.

After Britain joined the European common market in 1973, its fishing fleet was next; and its skyline-dominating steelworks was mothballed by its Thai owners in 2015.

For many in Redcar, the Brexit vote was a protest and a hope that radical change could reverse the town's fortunes.

Local resident Kevin Steveson said he hoped that Britain would still be leaving the European Union "but obviously there are one or two things that they've got to sort out".

"I think too many people are taking it to a party political stance. I think Theresa May is doing a not bad job. I hope she wins a vote of no-confidence today," he said.

'Let's get back to normal'

On the beach, local farmer Ivan Crane said he was "worried" about export markets and prices for cattle and grain.

Crane said he had voted to stay in the European Union in 2016 but now wanted Brexit to be implemented.

Asked if he wanted a second referendum, Crane said: "No, I think what's to be will be. I think it sucks it and see."

With a population of 36,000, Redcar sits on the River Tees estuary and originally boomed as a seaside resort from the 1850s.

Its steelworks were emblematic of Britain's industrial might and produced steel for the Sydney Harbour Bridge among other 20th-century landmarks around the world.

The uncertainty hanging over Britain is a concern to residents like Kathy, who said it was time for MPs to "make their minds up and just get on with it".

"I think they should make a decision, stick to it, do it and let the world get back to normal," she said.