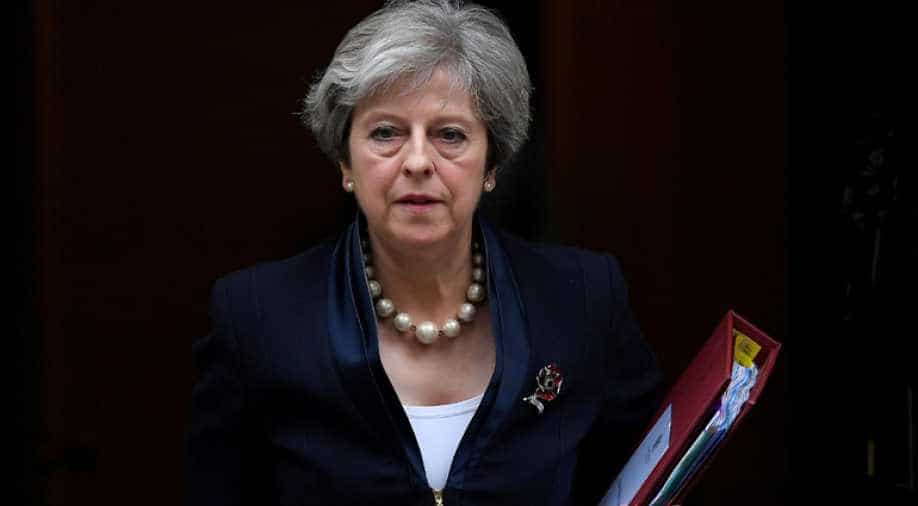 Some members of the hardline European Research Group (ERG) had last week warned of an imminent vote of no confidence in her leadership, but the required 48 letters of support from MPs has so far failed to materialise.

Brexit-supporting rebel MPs in British Prime Minister Theresa May's Conservative party blamed "tactical disagreement" Tuesday for failing to unseat her over the divorce deal with the EU, but warned they would try again.

Some members of the hardline European Research Group (ERG) had last week warned of an imminent vote of no confidence in her leadership, but the required 48 letters of support from MPs has so far failed to materialise.

Chairman Jacob Rees-Mogg said many eurosceptics believed they should challenge May when parliament votes on the Brexit deal early next month.

"There are many people who are expecting to oppose the deal in the vote and they think that is the time to write letters rather than now," he told reporters.

"That's a perfectly reasonable thing for them to think. I'd also emphasise that I'm a backbench MP, I express my view and people can agree with it or disagree with it."

Rees-Mogg's announcement on Thursday that he had submitted his own letter came just hours after two ministers quit over May's Brexit deal, raising real fears the government could collapse.

ERG organiser Steve Baker, who quit as a junior Brexit minister earlier this year over May's approach, told AFP: "The challenge is a rolling one.

"There is tactical disagreement among various colleagues about whether to go now or after the meaningful vote has been lost.

"They're more likely to defeat the prime minister after she's lost the meaningful vote, and that's what's holding back a number of colleagues."

He claims more than 70 Conservative MPs oppose May's Brexit deal, while the opposition Labour and Scottish National Party have also pledged to reject it.

But May is hoping to win over some critics with the promise of a wide-ranging future trade deal with the EU, an outline agreement on which is currently being finalised in Brussels.

The immediate failure of the ERG challenge is also indicative of how Downing Street will likely pressure individual MPs to back the government.

One ERG source complained May's office had proved effective in persuading MPs not to submit letters of no confidence.

Their efforts were greeted with mockery among some Conservative MPs.