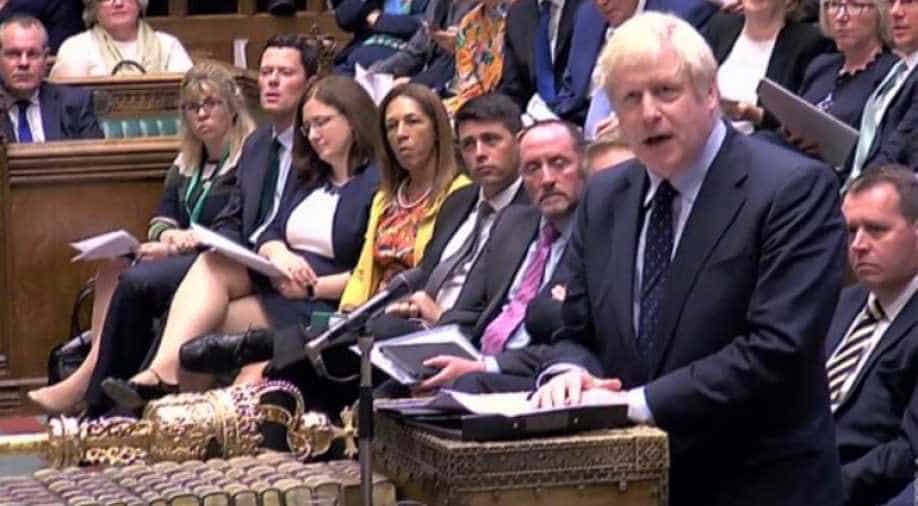 On Tuesday, British prime minister Boris Johnson suffered a defeat in parliament when he lost his wafer-thin majority

British Prime Minister Boris Johnson challenged his Labour rival Jeremy Corbyn to vote in favour of an early election on October 15 on Wednesday.

In a heated parliamentary debate, Johnson said that if Corbyn voted in favour of a draft law against the government's Brexit strategy then he should also support an election to "allow the people of this country to have their view".

The Conservative leader said he wanted an early general election on October 15 if lawmakers vote against him again on Wednesday and force him to seek a three-month Brexit extension from Brussels with a new law.

"I will never allow that," Johnson said, calling the draft law a "surrender bill".

The European Commission also on Wednesday said the risk of a no-deal Brexit had increased, warning that it saw no alternative to the current withdrawal deal.

On Tuesday, the British prime minister suffered a defeat in parliament when he lost his wafer thin majority and rebel Conservatives joined opposition MPs in voting against a no-deal departure.

"Humiliation for Johnson as Tory rebels turn against him," read the front page of the left-wing Guardian newspaper, while The Independent wrote: "Johnson loses control".

But political historians say the current fractures - and the response to them - are different.

The Conservatives, one of the world's oldest and most successful political parties, have long been dominated by divisions over Britain's relationship with Europe.

The issue contributed to Margaret Thatcher's 1990 resignation after 11 years in power, while directly causing ex-premiers David Cameron and Theresa May to step down in the past four years.

Johnson got some respite on Wednesday when a court in Scotland ruled that his decision to suspend parliament for over a month starting next week was lawful.

The 75 parliamentarians behind the legal challenge accused Johnson of curbing opposition attempts to block his Brexit strategy and bring down his government.

A similar case will be heard in London on Thursday.