Brexit in disarray: May under pressure to go for soft Brexit 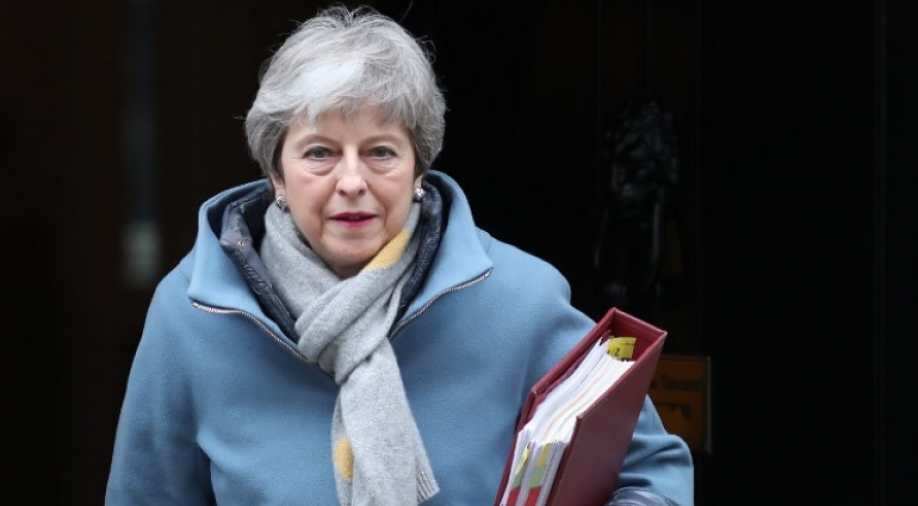 After one of the most tumultuous weeks in British politics since the 2016 referendum, it was still uncertain how, when or even if the United Kingdom will ever leave the bloc it first joined 46 years ago.

Britain's exit from the European Union was in disarray after the implosion of Prime Minister Theresa May's Brexit strategy left her under pressure from rival factions to leave without a deal, go for an election or forge a much softer divorce.

After one of the most tumultuous weeks in British politics since the 2016 referendum, it was still uncertain how, when or even if the United Kingdom will ever leave the bloc it first joined 46 years ago.

The third defeat of May's divorce deal, after her pledge to quit if it was passed, left one of the weakest leaders in a generation grappling with a perilous crisis over Brexit, the United Kingdom's most significant move since World War Two.

Parliament will vote on different Brexit options on Monday and then May could try one last roll of the dice by bringing her deal back to a vote in parliament as soon as Tuesday.

But May's government and her party, which has grappled with schism over Europe for 30 years, was in open conflict.

May's own enforcer in parliament said that the government should have been clearer that May's loss of her majority in parliament in a botched bet on a snap 2017 election would "inevitably" lead it to accept a softer Brexit.

"The government as a whole probably should have just been clearer on the consequences of that," Julian Smith, known as the chief whip, told the BBC in an interview published on Monday.

"The parliamentary arithmetic would mean that this would be inevitably a kind of softer type of Brexit," said Smith, who also said ministers had tried to undermine the prime minister.

Their behaviour, he said, was the "worst example of ill-discipline in cabinet in British political history".

Many in May's party, though, want a much more decisive split with the EU than May was proposing. The Sun newspaper said 170 of her 314 Conservative lawmakers had sent her a letter demanding that Brexit take place in the next few months - deal or no deal.

The Times newspaper said May had been warned by some senior ministers that she faced resignations if she agreed to pursue a softer Brexit.

Britain was due to leave the EU on March 29 but the political deadlock in London forced May to ask the bloc for a delay. Currently, Brexit is due to take place at 2200 GMT on April 12 unless May comes up with another option.

The tumultuous Brexit crisis has left the United Kingdom divided: supporters of both Brexit and EU membership marched through London last week. Many on both sides feel betrayed by a political elite that has failed to show leadership.

Parliament is due to vote at around 1900 GMT on Monday on a range of alternative Brexit options selected by Speaker John Bercow from nine proposals put forward by lawmakers, including a no-deal exit, preventing a no-deal exit, a customs union, or a second referendum.

"There are no ideal choices available and there are very good arguments against any possible outcome at the moment but we are going to have to do something," said Justice Secretary David Gauke, who voted in the 2016 referendum to stay in the EU.

"The prime minister is reflecting on what the options are, and is considering what may happen but I don't think any decisions have been made," he told BBC TV. "We are clearly going to have to consider very carefully the will of parliament."

With no majority yet in the House of Commons for any of the Brexit options, there was speculation that an election could be called, though such a vote would be unpredictable and it is unclear who would lead the Conservatives into it.

The Conservative Party's deputy chair, James Cleverly, said it was not planning for an election. But the deputy leader of the opposition Labour Party, Tom Watson, said his party was on an election footing.

Opponents of Brexit fear it will make Britain poorer, less open and divide the West as it faces the rise of China and growing assertiveness of Russia.

Supporters cast Brexit as a chance to break free from a doomed experiment in European unity they believe is falling behind the other great powers of the 21st Century.