Brexit figurehead Nigel Farage will not run to become MP 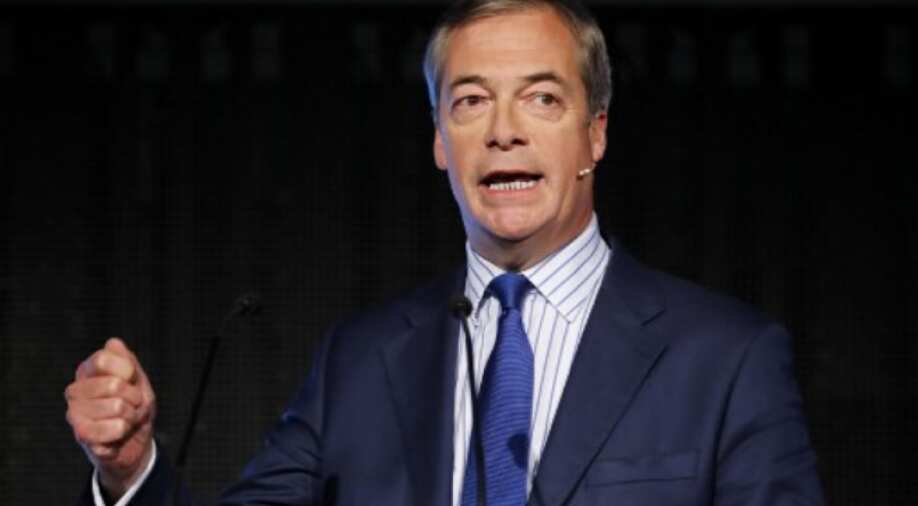 Nigel Farage leads the Brexit Party, which formed earlier this year to fight the European parliamentary elections, emerging as the runaway winner.

Brexit figurehead Nigel Farage will not stand in Britain's upcoming general election, in which his party is threatening to go head-to-head with Prime Minister Boris Johnson's Conservatives, he announced Sunday.

"Do I find a seat, try and get myself into parliament? or do I serve the cause better traversing the length and breadth of the United Kingdom supporting 600 candidates -- I've decided that the last course is the right one," he told BBC's Andrew Marr.

Farage leads the Brexit Party, which formed earlier this year to fight the European parliamentary elections, emerging as the runaway winner.

He has been a harsh critic of the Brexit deal reached between Johnson and the EU and has promised to stand candidates in every constituency unless the Conservatives agreed an election pact, something the prime minister again ruled out on Sunday.

With the Tories relying on Brexit supporters to gain a majority on December 12, a strong showing by Farage's party threatens to split the Leave vote and open the door for the Labour party.

Farage appeared to be in little mood to compromise, putting a two-page advert in the Sunday Express declaring: "Boris' deal is not Brexit".

The former UKIP leader, who has campaigned against Britain's EU membership for decades, told Marr he had "thought very hard" about whether to run again to become an MP.

"It is very difficult... to be in a constituency every day and at the same time be out across the United Kingdom," he explained.

People "need to understand that, actually, what's on offer is a close linkage with all the European institutions, a next negotiating phase of at least three years," he added.

"So I'm going out across the country starting tomorrow."

During nearly three decades in public life, Farage has risen from a eurosceptic rabble-rouser on the fringes of British politics to a pivotal player who could make or break Brexit.

Farage, who has been a member of the European Parliament since 1999, has tried to become an MP on seven occasions, losing out each time.