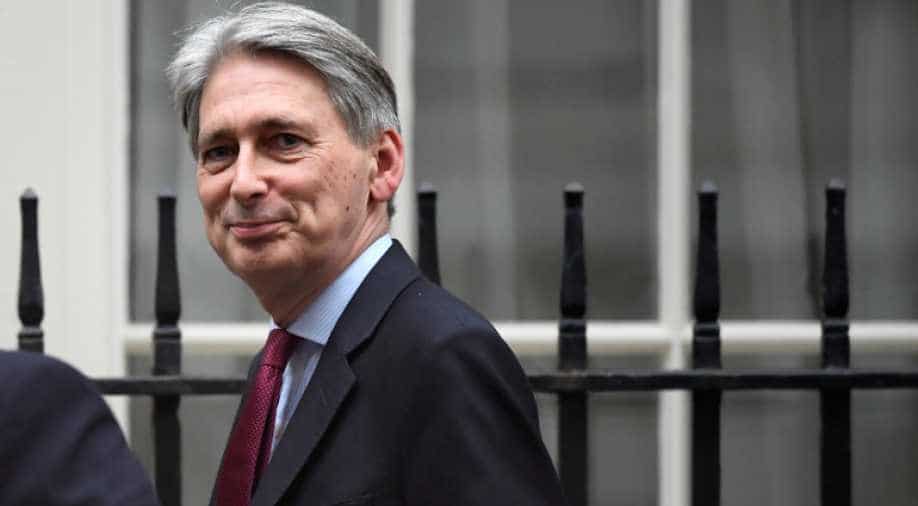 'There may be an opportunity to bring a vote back to the House of Commons,' Philip Hammond told the BBC.

Britain's finance minister Philip Hammond said Thursday there had been "some movement" by the European Union that could lead to a breakthrough in Brexit talks in "the next few days".

Hammond said progress in the ongoing negotiations could result in a fresh vote next week on prime minister Theresa May's EU divorce deal, which was rejected by lawmakers last month.

"There may be an opportunity to bring a vote back to the House of Commons," he told the BBC.

"But that will depend on the progress that's made over the next few days. These discussions are ongoing."

May and the other 27 EU leaders approved a Brexit withdrawal agreement at a summit on November 25 last year, but the British parliament voted against it overwhelmingly on January 15.

Since then, she and her ministers have repeatedly urged EU leaders and their negotiator, Michel Barnier, to revise a "backstop" clause in the text on the Irish border that is hated by eurosceptic MPs.

EU chiefs have insisted they will not reopen the legally-enforceable withdrawal deal but could add to an accompanying political declaration which sets out aspirations for the future relationship.

May met with European Commission president Jean-Claude Juncker on Wednesday hoping for movement on the contentious backstop, as fears grow Britain could crash out of the bloc without a deal on March 29.

In a joint statement, they said the "constructive" talks covered what legal "guarantees could be given with regard to the backstop that underlines once again its temporary nature".

The pair also noted discussing "the role alternative arrangements could play in replacing the backstop in future".

Hammond said the statement constituted "some movement from the European side".

Despite officials in both Brussels and London playing down suggestions that an EU-Arab summit this weekend could become a Brexit "deal in the desert" meeting, Hammond added May's attendance was an "opportunity to talk to some of the European counterparts there".

Brexit Secretary Stephen Barclay and Attorney General Geoffrey Cox were set to hold "detailed discussions" with Barnier in Brussels on Thursday, according to Downing Street.

Cox -- whose previous legal analysis of May's deal confirmed Brexiteer fears the backstop could "trap" Britain indefinitely in an EU customs union -- is seen as an influential figure if the prime minister is to get her agreement through parliament.